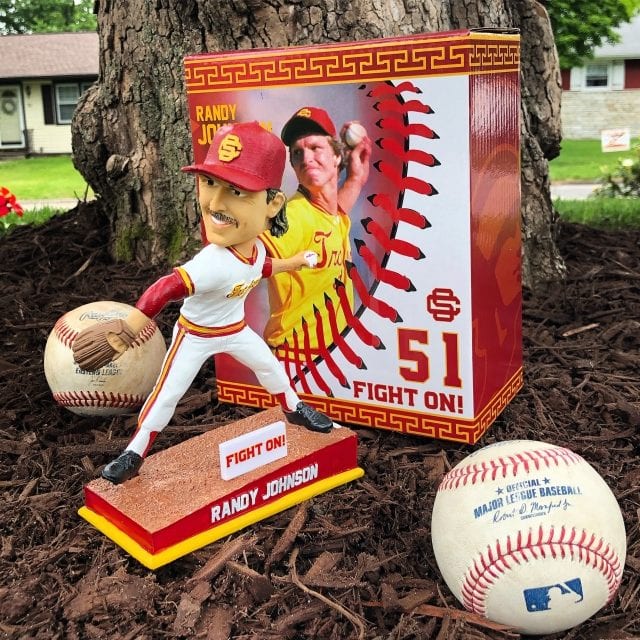 Let me be frank and say this Randy Johnson USC bobblehead was hard as fuck to track down. I refused to pay $70.00 on Ebay and many of my connections fell through. I finally struck gold and traded with a fellow Sniper but it wasn’t easy.

Only 500 of these fuckers were given out to fans which is extremely odd in the SGA world. 90% of whatever game you attend typically hands out 1,000 at minimum. Not USC. As much money as this University makes they can’t give out a 1,000? Total bullshit.

USC baseball bobbleheads are always made by Success Promotions and they are legit. Last year they gave away a Barry Zito bobble and that one was just as difficult to get. By the way, Snipers that went to this Randy Johnson bobblehead giveaway game did not fair well at all. It was slim pickins and given the small amount handed away, it was hard to Snipe.

I love USC bobbles are ALWAYS eye catching bobbles because of their 2 distinctive colors being Gold and Cardinal. They pop and are very attractive to the eye. Randy is in his gun slinging pitching pose with wavy detailed hair coming out the back of his ball cap. The standard pitching mound design is as classic as it gets. I love how USC says fuck any sponsor for their bobbles as they just put their motto “Fight On!” on the sponsor emblem. I love it. 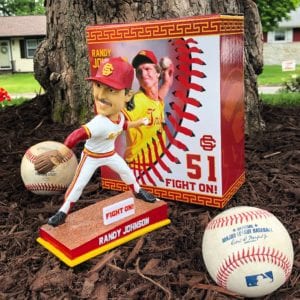 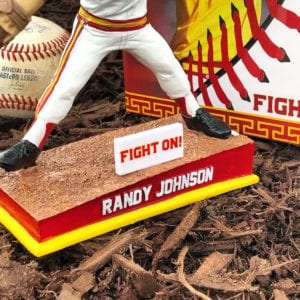 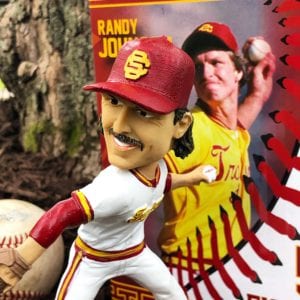 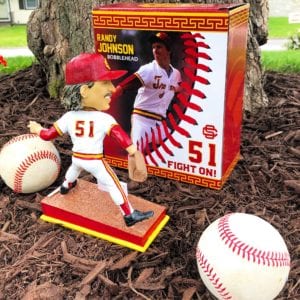 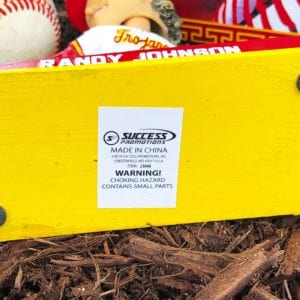 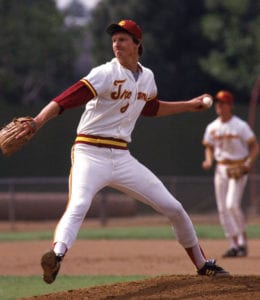 Sniper Rating: Given how Randy Johnson was the most intimidating pitcher in our era and how difficult these are to get, this is a home run bobble. The box colors and overall glossy design makes this SGA that much more appealing. Success once again knocked it out of the park and if you somehow can avoid paying top dollar on Ebay, try and give up the farm with a trade and score this. College baseball SGA bobbles are ridiculously hard to come by as many teams just don’t do giveaways. They attract very few fans for every game so why even bother. I was pissed off trying to find this one via trade and I finally got my mitts on it. I love everything about it and it scores a 9.7 in my book. 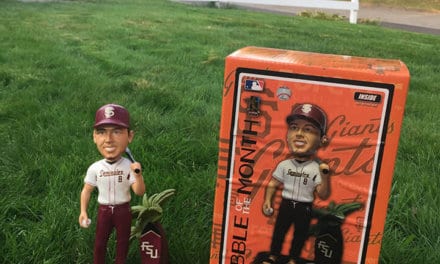 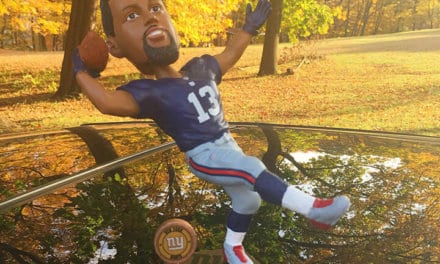 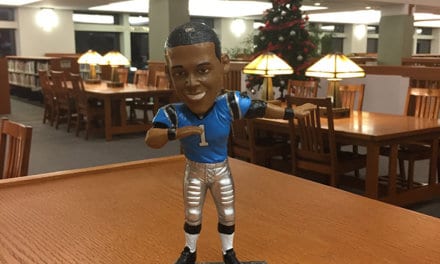 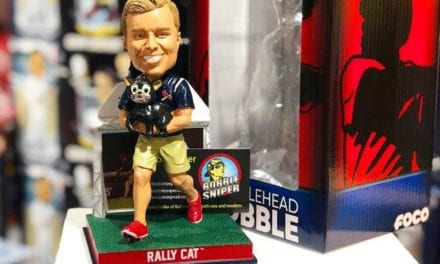