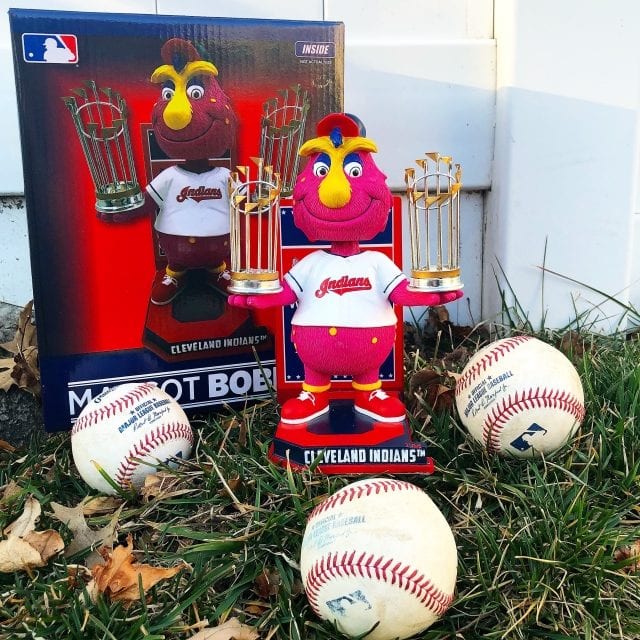 Everyone thinks the Tribe only has one mascot being Chief Wahoo. Yes, the Chief has held the crown for many years, but Slider arose in 1990 and was inspired by the Phillie Phanatic. Slider is big, shaggy and has a large nose that makes fans love him.  He’s slowly making the ranks as a top mascot in the American League. The Bobble Head Hall of Fame once again, nailed it with this Cleveland Indians Slider mascot World Series championship bobblehead. The Tribe own 2 World Series titles back in 1920 and 1948. It seems like an entire lifetime that the Indians won a ring, but in recent years they have proven to be a top contending team in the American League.

Most mascots tend to be fat and Slider is no exception, as his enormous gut struts around Progressive Field like a fucking boss.  This exclusive bobble shows Slider holding 2 shiny WS trophies with both arms spread out. The base has a large “C” in the middle for Cleveland and thankfully the Cleveland Indians letters are raised on the front plate of the base. Slider displays head-to-toe detail with bright yellow dots spread around his pink fur. The goofy eyes and large nose adds a cartoonish look which is needed on any mascot in MLB. 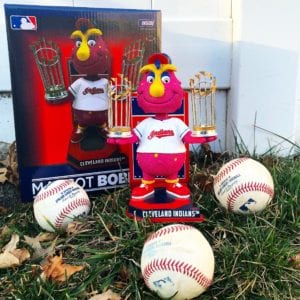 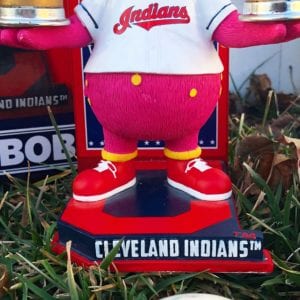 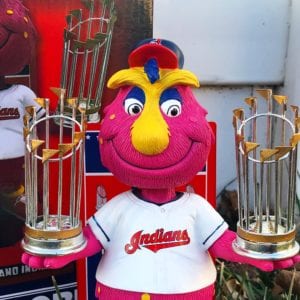 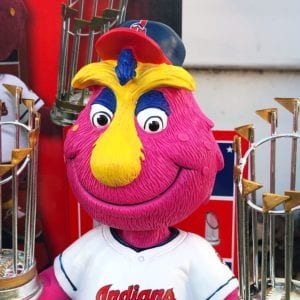 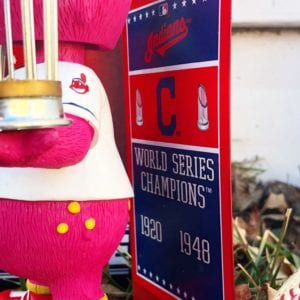 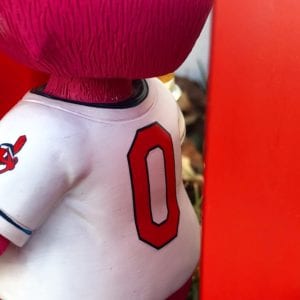 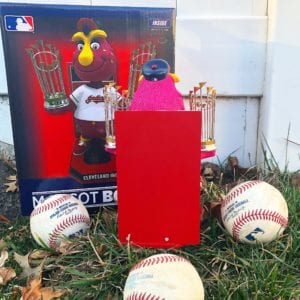 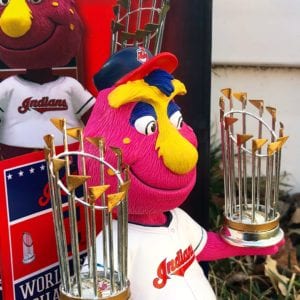 Sniper Rating: Let’s be honest here. Is Slider a top mascot in the game? No, but the Indians are. Anything from Chief Wahoo to Slider to anything affiliated with the Indians, is eye appealing. The Tribe are a few small pieces away from winning a World Series in the immediate future, so you’re going to want to own this now. Meaning today, as this Cleveland Indians Slider mascot bobblehead scores a 9.0 rating.

Head on over to the Bobble Hall and scoop one up before the Indians scoop up a World Series title! 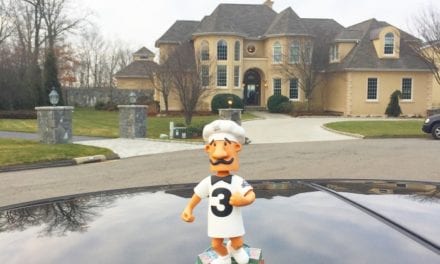 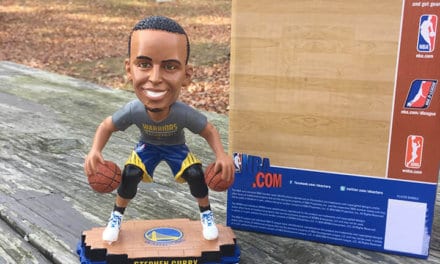 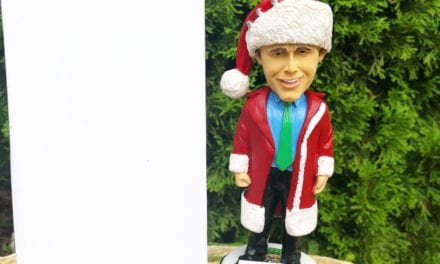 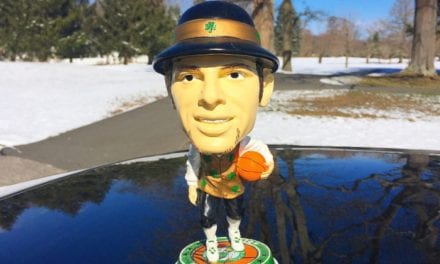