Bobble of the Day-George H.W. Bush 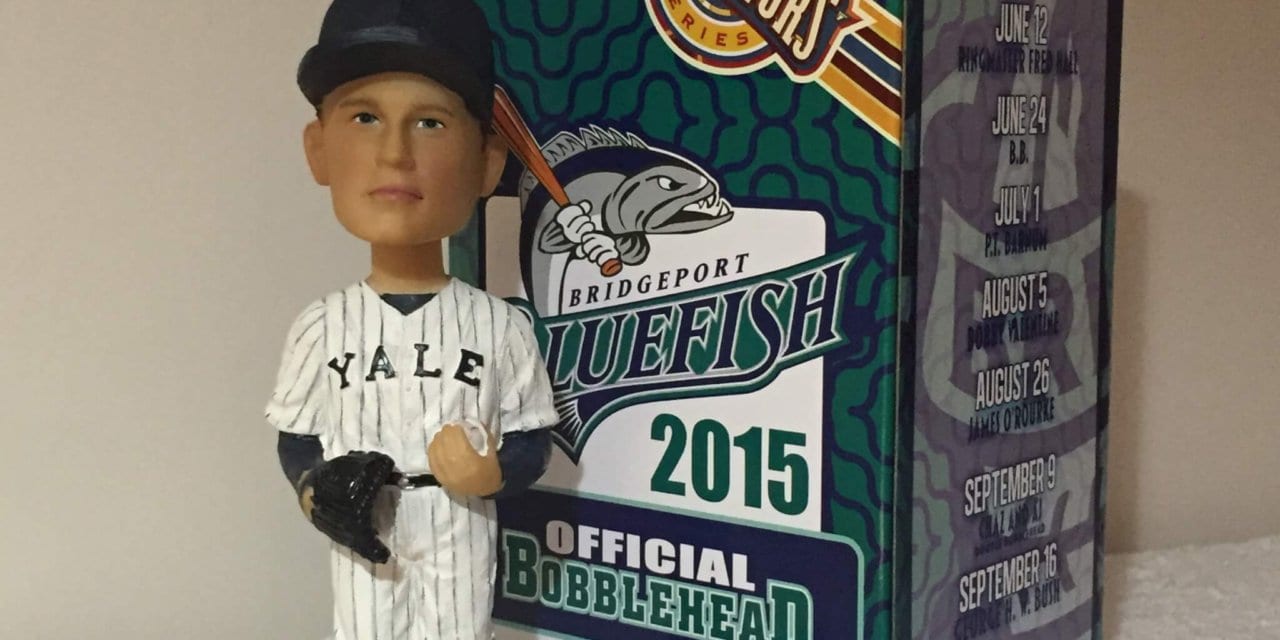 Who knew George H. W. Bush (former president of the United States) played college baseball? I sure as fuck didn’t. The Bluefish came out in 2015 with a George Bush Yale Bulldogs Bobblehead for the first 500 fans in attendance. Bush played in the first ever College World Series. He played first base for Yale from 1964-1968.

Okay, on to the Bobble. Firstly, the box is cool as shit. Tons of colors and very bright. The Bluefish use the same box for every bobble they give out which I have no problem with because it’s badass. I really dig the home plate base along with the standard Bluefish emblem. The Yale uniform is cool as shit as it represents the Ivy League. It’s a very sturdy bobble and the spring is loose which makes it bobble very well. 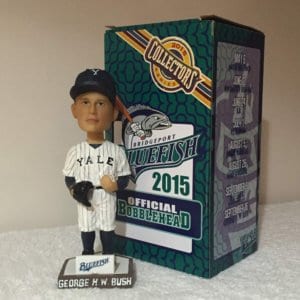 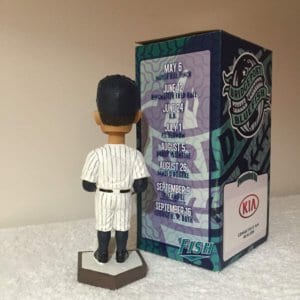 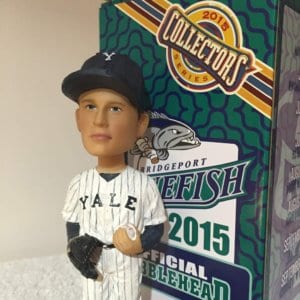 Sniper rating: I’m not a huge political guy. I rarely watch the debates and as far as I’m concerned any president that serves our country will fuck it up one way or another. But, I really like this bobble. Off the top of my head, I cannot think of any other president that has actually played college baseball, nevertheless have a bobble of themselves in their former uniform. Gotta go with a solid 8.0 rating on this one. Mr. Bush is getting very very old, and your going to want to get this one in a hurry before you know what happens!

At least his son didn’t play. 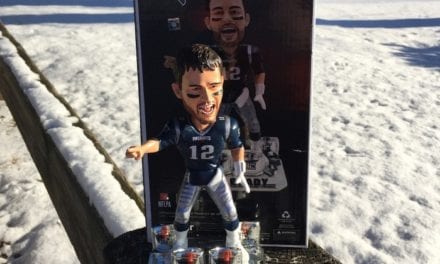 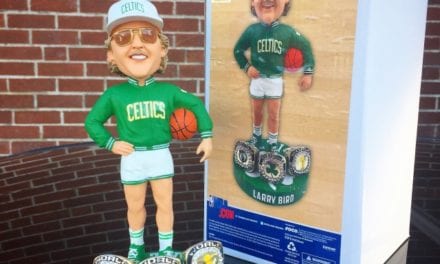 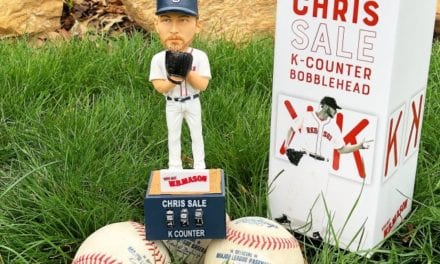 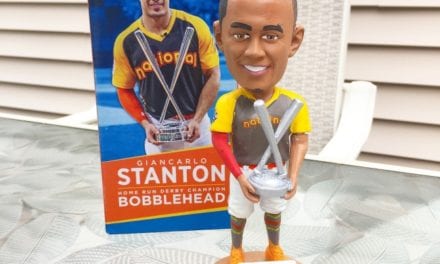