Bobble of the Day “Allen Iverson” 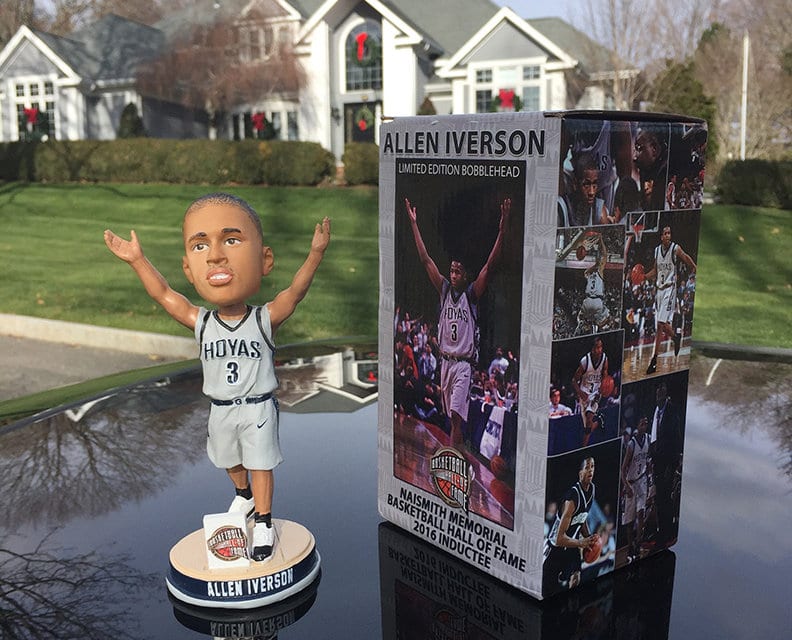 This Stadium Giveaway is really special to me for various reasons. First, I can remember being in high school and watching Iverson battle all of the Big East teams in the Garden including my beloved Uconn Huskies. A.I. was so good and his crossover used to make defenders look absolutely silly. Having this bobble brings back so many memories of Iverson tearing up the Big East and the battles he used to have with Tate George on Uconn.

I like the fact that Georgetown didn’t have to give this away to sell seats. They did it to honor him being inducted into the Basketball Hall of Fame. Is and was A.I. a good person? Maybe. Was and is he still considered a thug? Maybe. But this blog is not about personalities. This is about a true baller that changed the game for points guards. First, I love that the manufacturer threw a gray uniform on Iverson. Ya, I know they wear white and navy blue, but the gray uni brings back the all-time great memories when he was playing for the Hoyas. The “Hoyas” letters, A.I.’s number and his name on the back are all “raised” letters! Hooray! I dig the black socks with the fresh pair of Jordan’s on his feet. I love they put J’s on him as A.I. used to rock them all the time when he balled. The top of the base has the look of a basketball court which is a cool feature.  And of course the emblem that’s standing up front that says, “Basketball Hall of Fame” logo makes the bobble itself stand out a bit more. 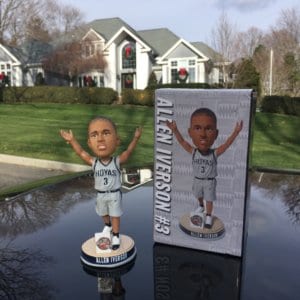 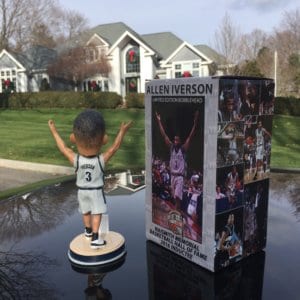 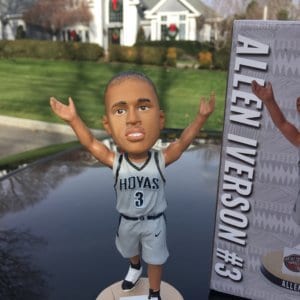 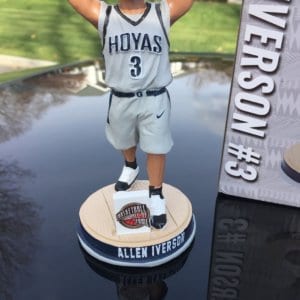 Sniper Rating: You gotta love A.I. when he balled at Georgetown. The battles he had with Big East teams was incredible. His overall stance on the bobble represents a moment in Hoya history as Iverson is celebrating with his arms in the air. The box is very well detailed as it has a glossy coating to it and it’s filled with photos of the “Answer”. Awesome player and even better bobble as this Georgetown Hoya and NBA legend scores a 10.0. 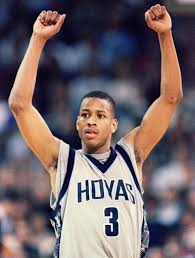 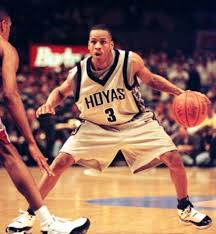 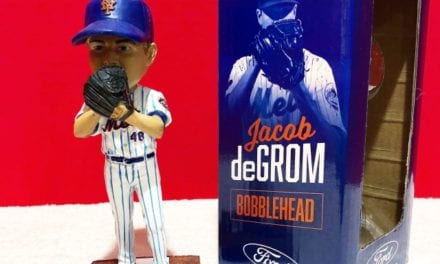 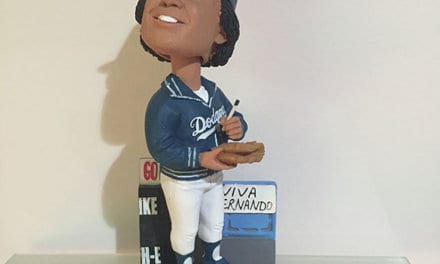 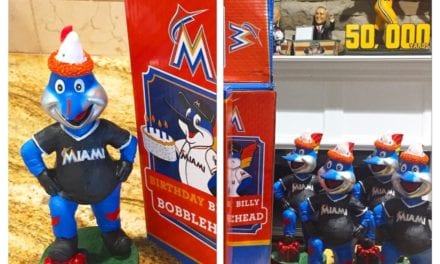 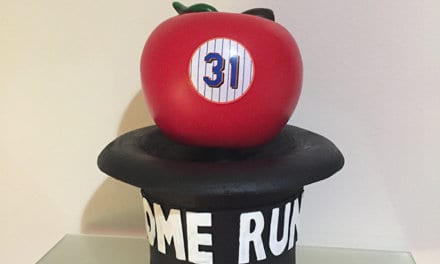