If the Dodgers, Yankees and Angels had a mascot, what would it be? 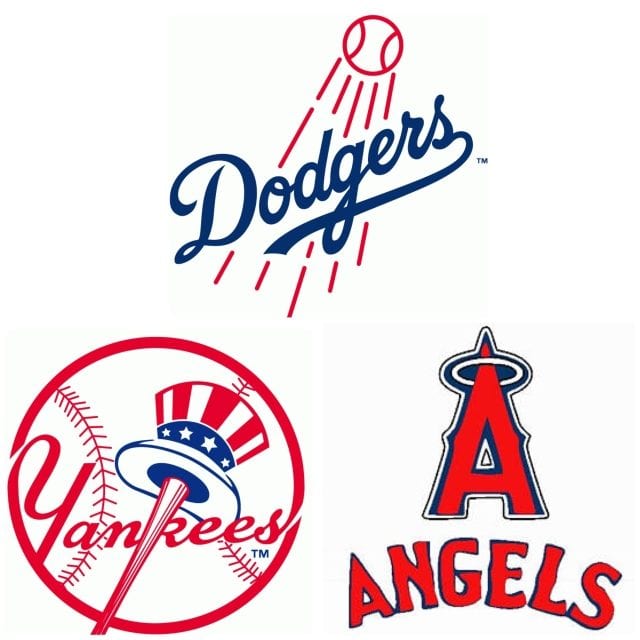 So I did some recon and for the record, the following three teams do not have a current active mascot. The Dodgers, Yankees and Angels are without a furry little fucker running around. Apparently, the Yankees had a mascot named “Dandy” from 1979-1981. He had a scruffy mustache similar to Thurman Munson and named after the “Yankee Doodle Dandy” folk song. He looks scary as fuck like some Sesame Street pedophile so no wonder why the Yankees got rid of him. 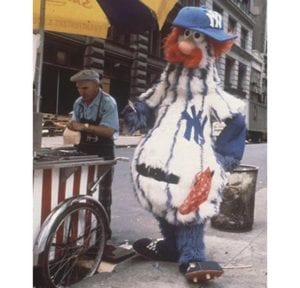 Maybe the Yankee organization under George wanted to stay classy and not be bothered by silly hairy creatures running around Yankee Stadium.

The Dodger mascot thing is even more strange. Back in 2014 against the SF Giants, some goofy ass creature was running around the stadium and fans flocked to it to take selfies with it. 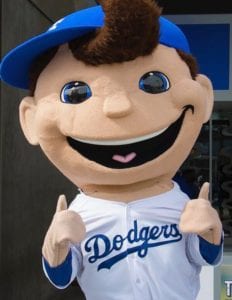 Apparently, the executive vice president of marketing labeled this creature as a “unique performance character”. It looks weird from the pictures and I would assume the Dodgers kicked him to the curb. I’m never out there for a game so I wouldn’t know. It doesn’t seem to have any correlation to the Dodgers at all and still to this day, I really can’t come up with a legit mascot for the Dodgers. I know there’s a huge LA following here, so maybe you Snipers can suggest some ideas and we’ll get the ball rolling for a new mascot. There’s also that huge bobblehead outside of the stadium that many Dodger fans consider the team’s mascot, but it obviously can’t fire up the crowd and dance on top of the dugout. 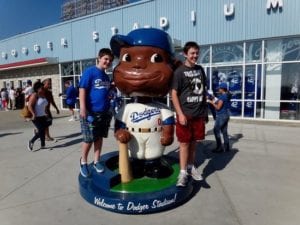 The L.A. Angels are a mystery as far as a mascot is concerned. They never established an official mascot and it’s a shame. In recent years, this “Rally Monkey” thing has come about and fans twirl this little fucking thing around in the air. I looked into it, and the Rally Monkey is not an “official” mascot of the team. For some reason upper management or even the owner has not made the monkey the official team mascot, as he most likely thinks it’s fucking stupid and silly at the same time. I mean come on, what the fuck is a Rally Monkey? 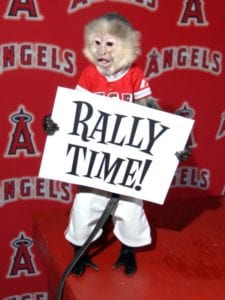 So those are the 3 teams that don’t have mascots. I have no real opinion on what the Yankees, Dodgers and Angels should use for a team mascot. All I know is these teams need to get their asses in gear. It’s fucking 2018 and any real fan needs and loves a team mascot shaking his or her shit all over the ballpark. I mean christ almighty, the fucking Brewers have like 11 mascots alone. Leave a comment on your take on these 3 slacker teams that seemingly refuse to have a mascot join their respected squads. 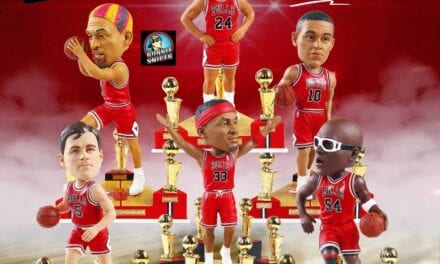 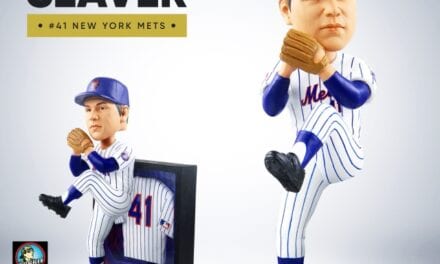 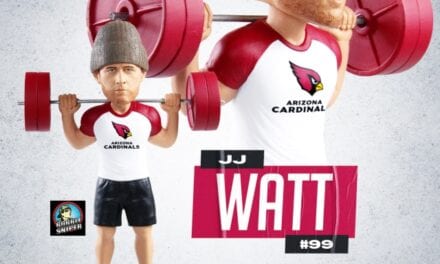 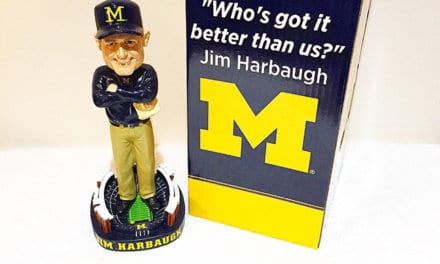