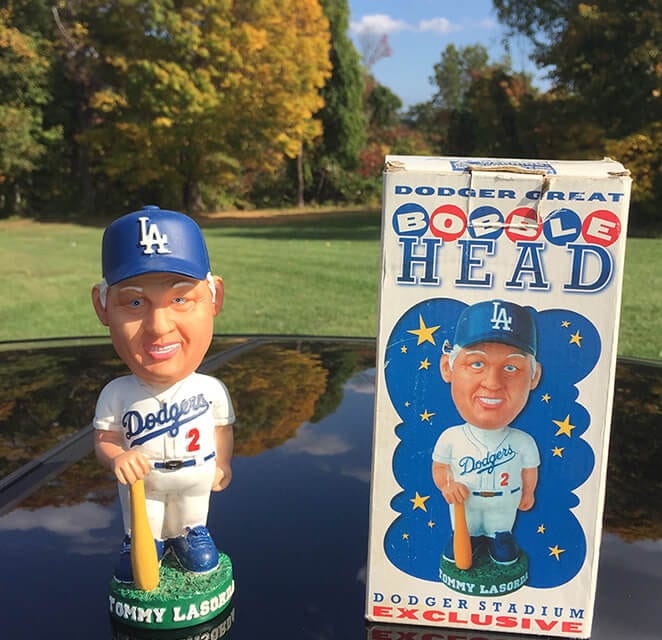 I love this Tommy bobblehead. It’s full of color and detail and he’s a certified legend in Dodger land. Right off the bat, the box stands out like a mother f’er. All four sides are plastered with bright colors, a recap of Tommy’s highlights as a manager and a list of bobbles that will be handed out that year.  I would have loved to be in line at Dodgers Stadium and get handed one of these.

I love the bright colored base being green as it offsets the white and blue colors of his uniform. The stance more importantly is what makes the bobblehead so great. Tommy is straight pimping, holding the bat as his uniform is detailed from head to toe with raised lettering for his name and the name “Dodgers”.  What’s sort of goofy is the white hair that sticks out from the hat matches the white eyebrows which looks a bit strange. No one has that much white in their eyebrows so I think the manufacture cut some corners in that area. 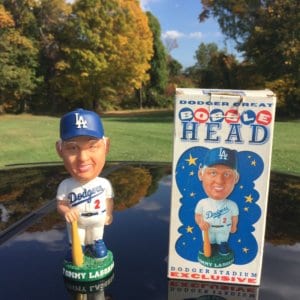 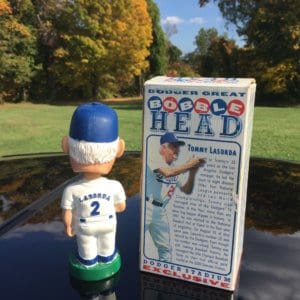 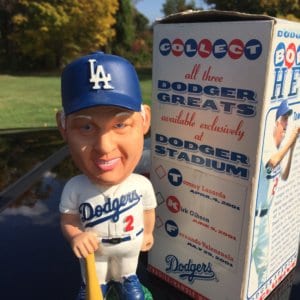 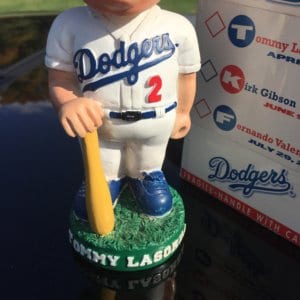 Sniper Rating: Everyone loves Tommy Lasorda and everyone should love this bobble of him. He’s a God in Dodger land and rightfully so. This one in particular is a must have for any Dodger fan and even if you are not a fan of the Dodgers, you still should add it to your collection. Given the bright detailed colors on the entire bobble as well as the box, Tommy gets a strong 9.0. 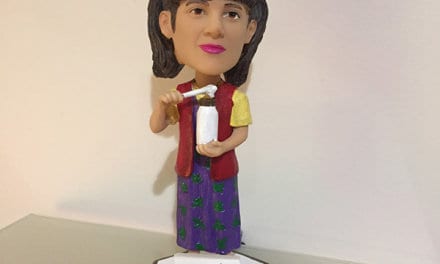 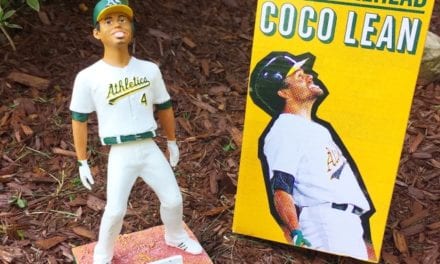 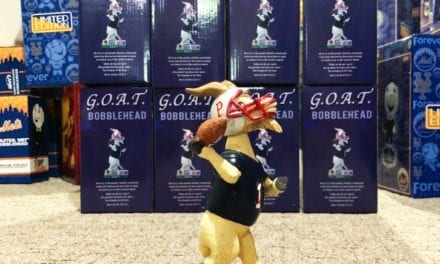 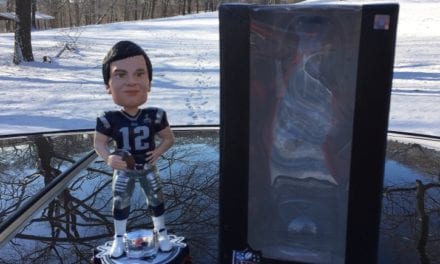