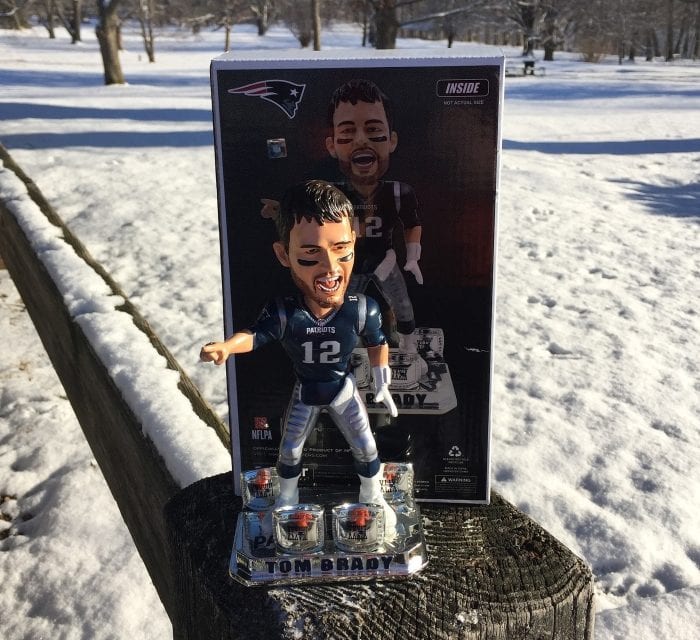 There’s so many Brady bobbles out there, but this one might take home the grand prize. When FOCO announced this exclusive, my eyeballs almost popped out of my socket. I knew I had to score this one and it’s a fucking dandy.

The first thing that catches the eye are the 4 shiny silver championship rings on the base. They just shine all over the place and if the Pats win another one, there won’t be any room to fit a 5th ring for god’s sake. The base is all chromed out with navy blue raised letters that say his name. On top is the Patriots logo engraved into the base which is bad ass.

Now let’s talk about the stance. FOCO made it a point to make this bobble special and they nailed it. Brady is portraying like he’s at the line of scrimmage calling an audible and pointing at the defense. Well done FOCO. Let’s face it, Brady has the best looking hair in the game. FOCO killed it with the hair as it lays fucking perfect on his dome. They could have put a helmet on him but that would hide the pretty boy’s hair. I also dig the eye black under his eyes as a added feature. 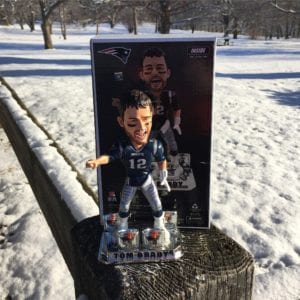 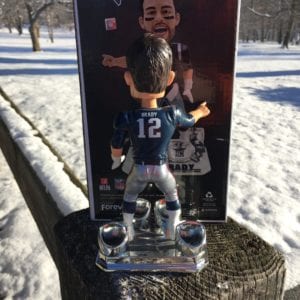 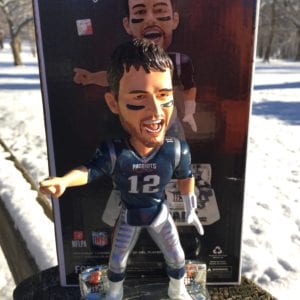 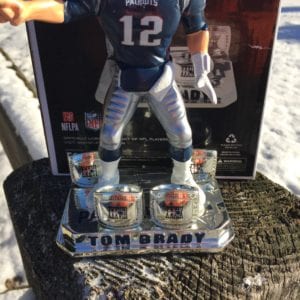 Sniper Rating: The uniform is pretty standard Patriot colors but the stance, rings and base really make this bobble a hot item. If you’re a Brady fan, Patriot fan or even just an NFL follower, this one belongs in your collection. I’ve said it before that Tom will go down as a top 2 QB to ever play in the NFL and this is definitely one that has to be in your cabinet to display.

Mr. Brady and his very exclusive bobble scores a 9.5. 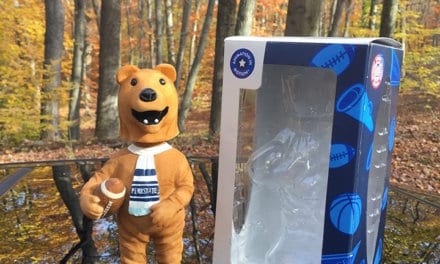 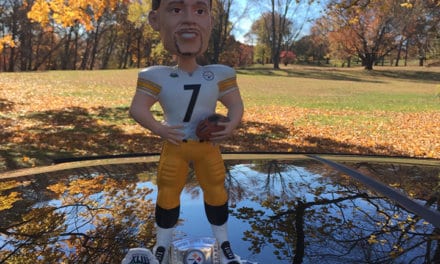 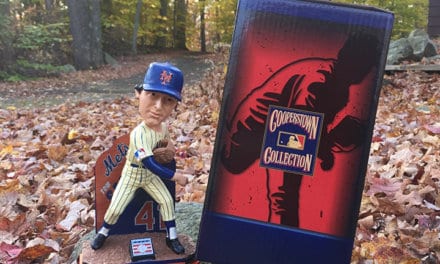 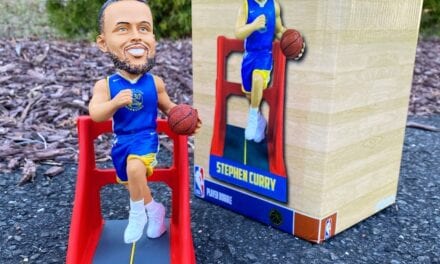