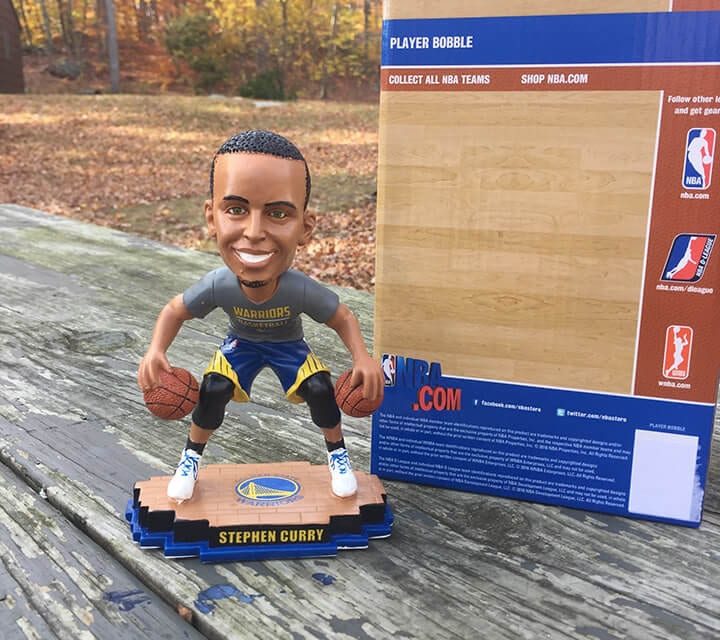 Curry is as hot in the NBA as anyone has been. The fans love him and the kids want to be like him. He’s got a swagger like no one else and this is why his 2 Ball Dribble bobble is in fact the Bobble of the Day.

Steph does this thing where he warms up dribbling 2 balls( I know that sounds funny but even funnier when I wrote it) underneath the hoop on the baseline. It is fascinating to watch as I’ve never had handles like that when I grew up playing ball nor have I seen anyone do it in front of me. In and out, through the legs, behind the back blah blah blah. You get the point. It’s fucking bad ass to watch.

So now on to the bobble itself. Steph is straight pimping holding the two balls ready to do his thing. Both of his elbows bobble to demonstrate how hard it is to dribble two balls as your warmup routine. I like the detail in his knee pads and gray warmup t-shirt that says, “Warriors Basketball”. The base is unique as it has many intricate cuts as opposed to a rectangle base. The hair and facial features look pretty similar to Steph as FOCO got it right. 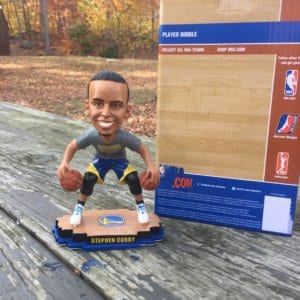 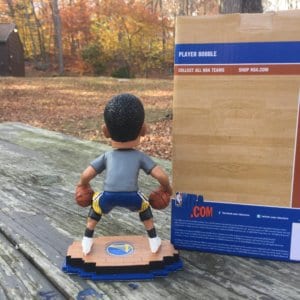 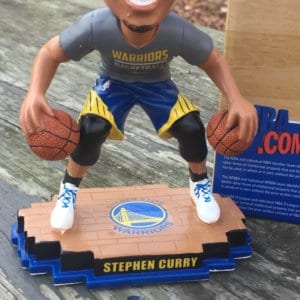 Sniper Rating: Everyone fan either young or old loves Steph Curry. He’s the new face of the NBA and an absolute lock into the Basketball Hall of Fame even though he hasn’t played 5 full years in the league. A new wave of young players with swag have increased in the NBA in the last several years. Make no mistake about it, Curry started the swagger and that’s why he has so many fans already this early on in his career. The bottom line is this 2-Ball Dribble Warmup Bobble is dope as hell and whoever thought of this idea to make this one of him should get a raise. We all see Steph doing the warmup routine before the game on the sidelines, but now you can have a piece of the pie right in your hands. The idea, the detail and both elbows bobbing give this Steph Curry Exclusive a 9.5 rating.

PS-Same shitty sticker on the front of the base as his name, takes off a little from the rating. You all know how I feel about those lazy stickers. 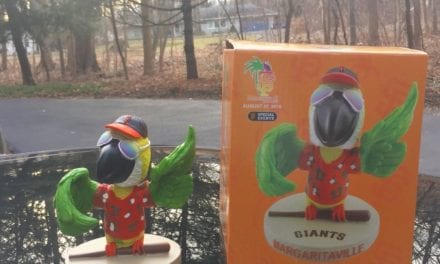 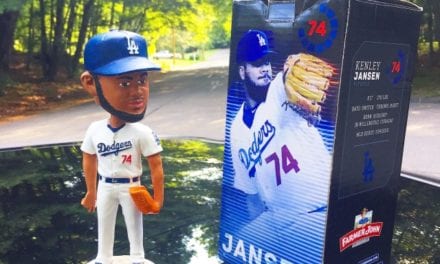 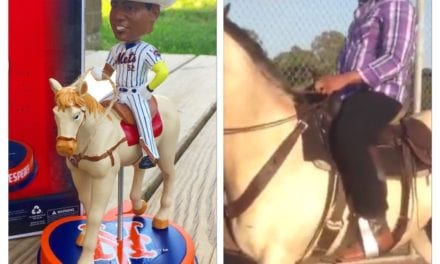 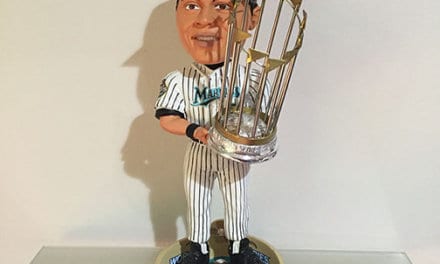 Bobble of the Day Ivan Rodriguez