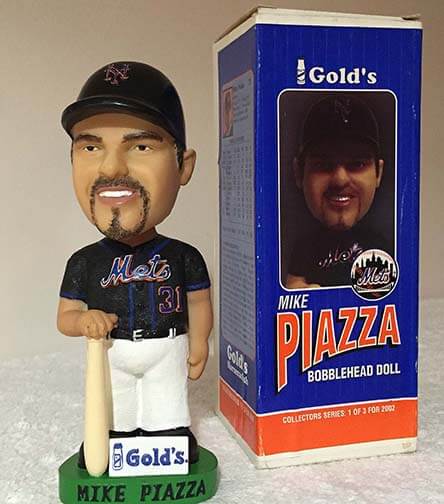 You know my opinion about Alexander Global Production (AGP) Bobbleheads already. They all in this particular year have the same stance, body and face. Blah, blah, blah. This review is more about the sponsor and box. Just about every SGA that the Mets give away is sponsored by Gold’s Horseradish. I myself do not like horseradish. I actually think it fucking disgusting. That being said, I like the way it looks as an emblem on all Mets bobbles. I’m not sure if it’s the lettering or just how it looks on the bobble. It’s also splattered all over the box as well. 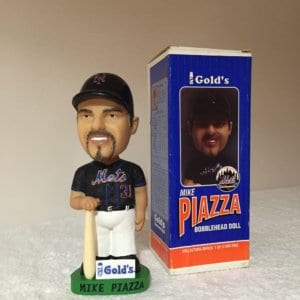 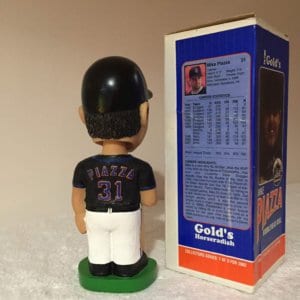 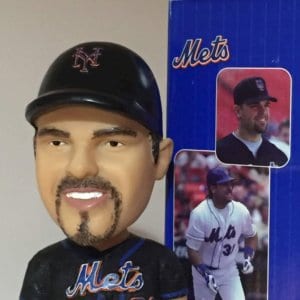 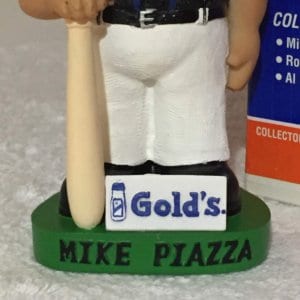 As far as the bobble goes, I do like this Piazza one because there is quite a bit of detail. I love that APG put on a observant go-tee on Big Mike. I also like that they made his uniform a dark black color so you can see the lettering of blue and orange a bit better. The box displays his stats, actual photographs of him and the bright blue and orange around the box overall just pops. Sniper rating: This SGA is cool but for all the wrong reasons. The bobble itself should make headlines, not the box and sponsor emblem. Like previously stated, the Gold’s Horseradish is total bad ass, the detail in his facial hair and the black jersey is nice. An added plus for the box as well. Same ole fat body and stance. We’ll stay a shade above .500 and call this one a mediocre 6.0. 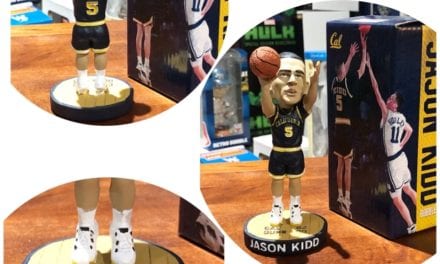 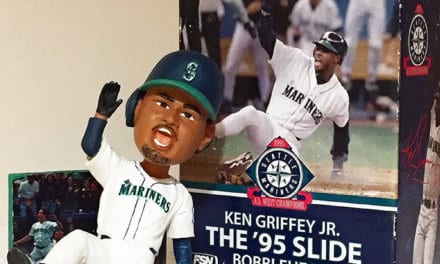 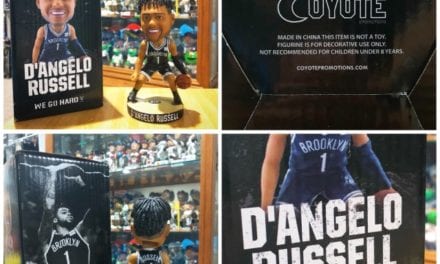 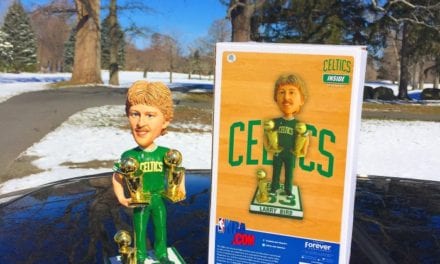