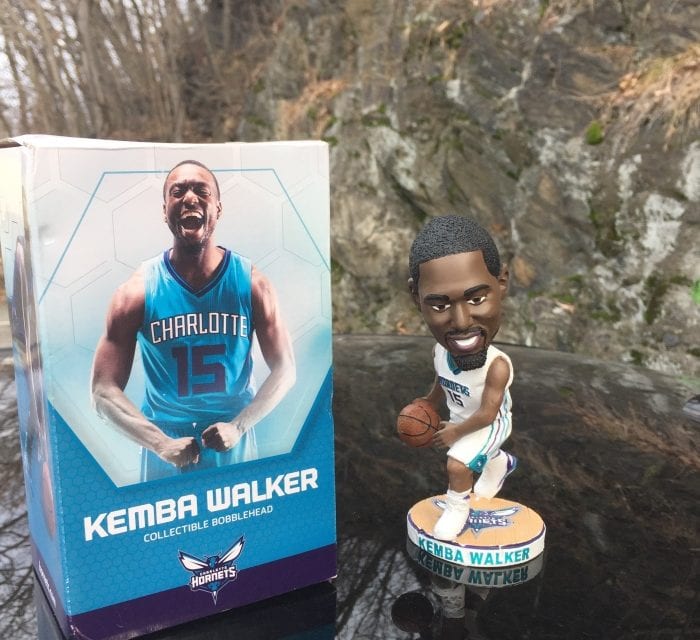 Kemba Snipers! So I’ll start off by saying I hold a soft spot for Kemba as he went to Uconn(Where I went) and he’s the fucking man. What he did for the Huskies was incredible and I’ve been following this cat since he graduated from Storrs. He’s sleek, smooth and he can do everything. Would I take Chris Paul, and Kyrie and a bunch over him? Yes, but he’s making a legit statement in the NBA.

The Hornets came out with this beauty back in 2015. They have Kemba in a driving to the lane pose and it’s flooded with colors. The base shows a bball court on the top with the Hornets logo sitting pretty. Around the base is outlined in Hornet purple and white with Kemba’s name in a teal color, which is fresh as hell. The uniform has the previous 3 colors stated and the Hornets name and his name and number in raised letters. He looks a little bit older given they gave him a long go-tee but I can’t complain. 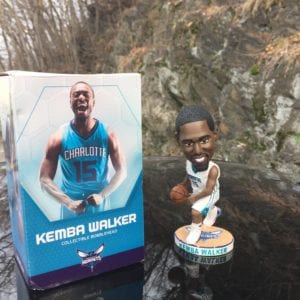 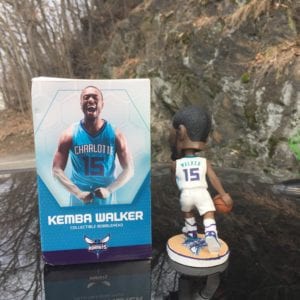 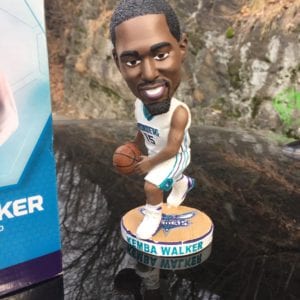 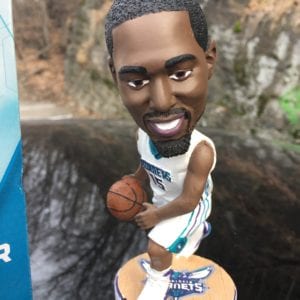 Sniper Rating: I’ve had a lot of Snipers message me regarding this bobble as it’s a little bit of a tough find on ebay and deservingly so. For this giveaway to fans, the lines were down the street to get in to this game and I think 15,000 were handed out. There’s no question this belongs in your collection as Kemba is a rising star in this league and will be for the future years. Without a doubt, this one scores a solid 9.0 rating. 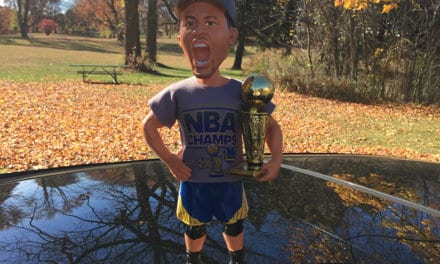 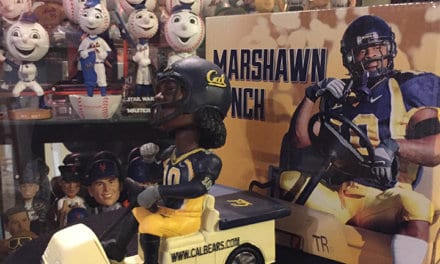 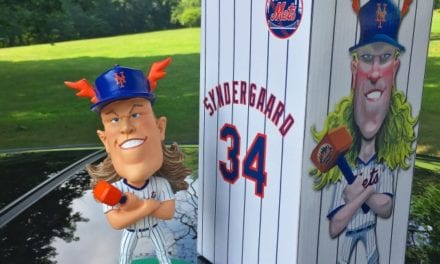 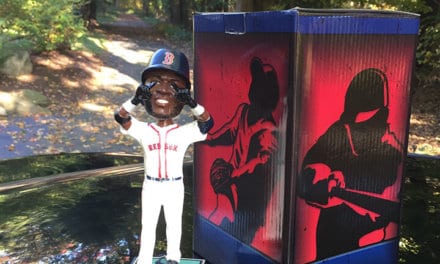