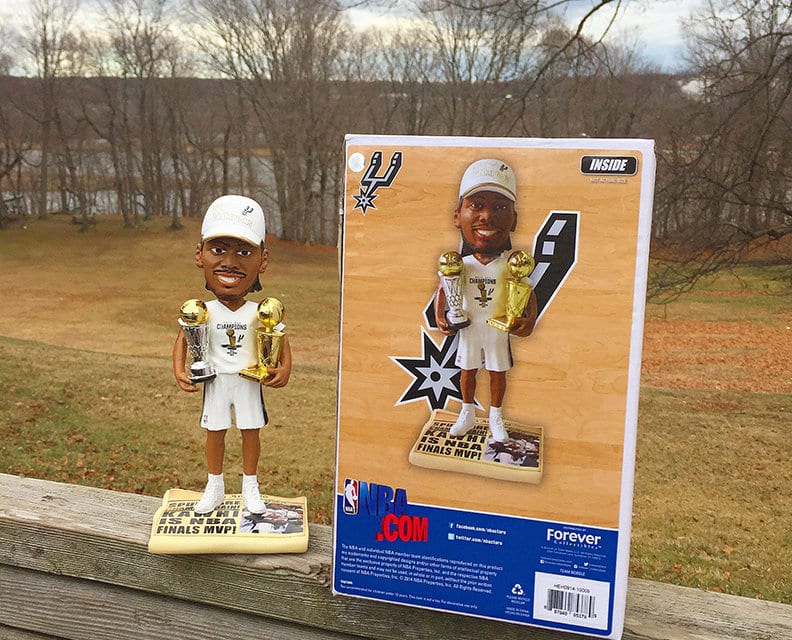 For many years the Spurs were dominate with the likes of Timmy Duncan, Tony Parker and Manu Ginobili. Kawhi Leonard came onto the scene and has been nothing short of dominate. The trio of Duncan, Parker and Ginobili started getting up there in age and here comes Kawhi. He’s not flashy, he doesn’t talk shit on the court and he’s well mannered. If he wasn’t on the Spurs roster the past 4 seasons the Spurs would be fucked. It’s not his team and Coach Pop will ride his ass until he retires.

Let’s move on to the bobble. So not only did the Spurs win the title back in 2014, Kawhi earned himself MVP honors in the Finals. He’s standing like a boss on the “Newspaper Base” that reads, “Spurs are Champions Again! Kawhi is NBA Finals MVP!” To the right side of the top of the base it shows a dope photo of Kawhi celebrating with his teammates in full color. He’s rocking basic white sneaks and socks which matches his shorts. Most teams that win a title throw on a Championship t-shirt and that’s exactly what Leonard is wearing. In addition to the t-shirt, he’s also showing off the championship hat as well. In both arms, he’s proudly holding the championship trophy as well as his Finals MVP trophy. I really dig the Finals MVP trophy as the top is gold and the rest is a shiny chrome color. 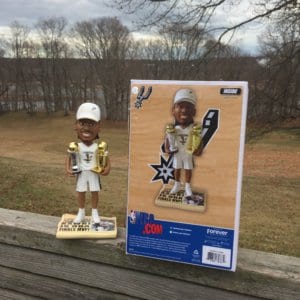 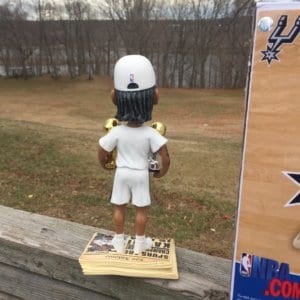 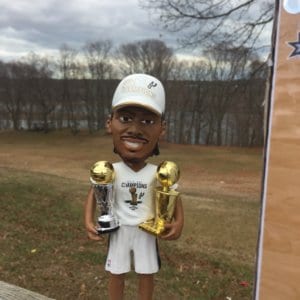 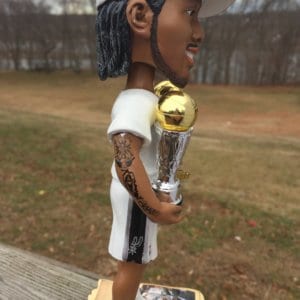 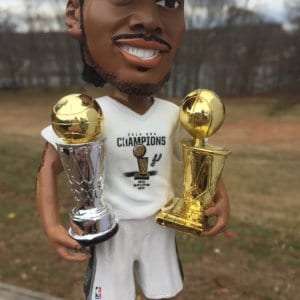 Sniper Rating: Anyone know plays fantasy basketball knows what Kawhi brings to the table every night. A lot of people outside of San Antonio don’t give Leonard the recognition he deserves as one of the NBA’s best. This one is a hard find to score and it took me a while to track it down as it sold out faster than Coach Pop could insult a news reporter. If you can muster up some dough and find it, you will be pleased. The later you wait the more rare it will become and the price will sky rocket. Overall, Kawhi and his 2014 Finals MVP/Championship trophy bobble scores a 8.5. 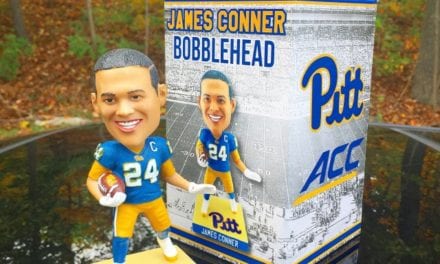 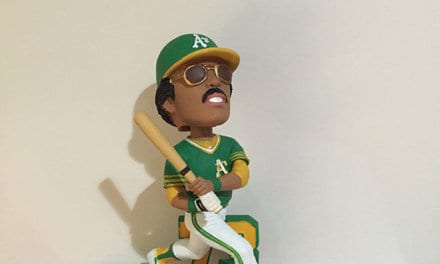 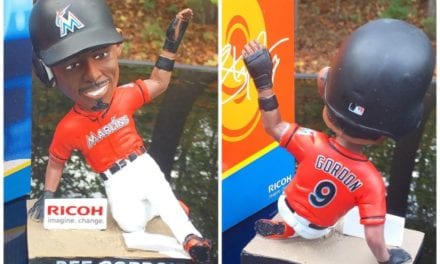 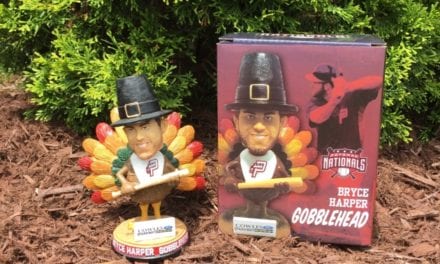