Bobble of the Day “George Brett” 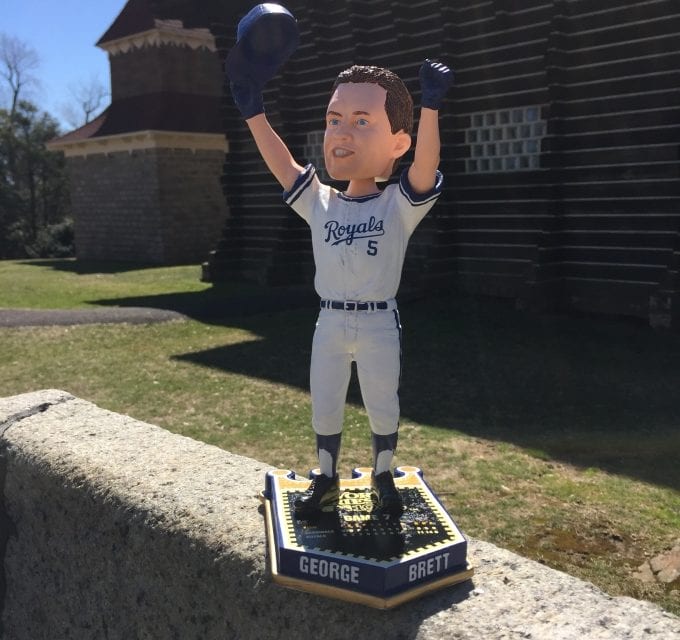 So the Royals had a few years with a run of their “Bobble of the Month” series which ended abruptly like most MLB teams. The last year they ran the program, they decided to highlight George Brett in many of them and it’s a damn good reason they did.

This beauty highlights George Brett in the World Series Game 7 in which the Royals beat the Cardinals 11-0. George went 4-5 with 2 runs scored as the Royals clobbered the Cards.

The base is in the shape of the Royals logo and has the game score from the actual game. I love the gold trim around the bottom perimeter of the base as it blends in perfectly with the royal blue color. Mr. Brett is in a winning pose after beating the Cardinals to win the World Series title. His arms are up and he’s holding his ball cap in his right hand. 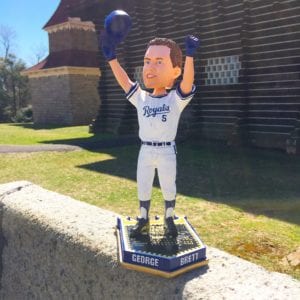 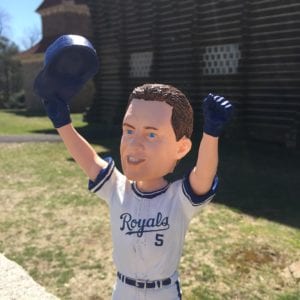 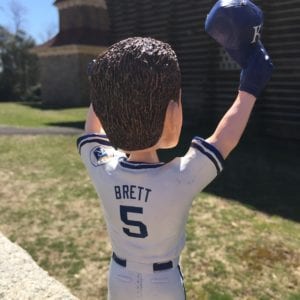 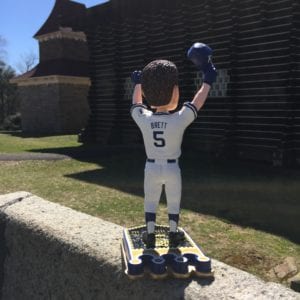 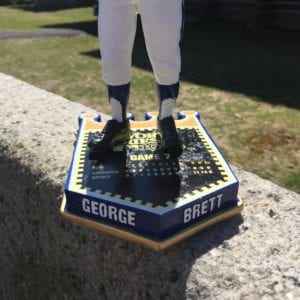 Sniper Rating: The uniform is spot on and the stir ups feature and old school look which makes this bobble flashy. His facial features are just “okay” as i think FOCO made George Brett look 10 years younger but who’s to complain. This limited edition bobble is roughly 10 inches in height and is quite heavy for the bookshelf.

A historical accomplishment with the best player on the team going 4-5 in Game 7, this bobblehead deserves nothing less than a 9.5. Well done FOCO. 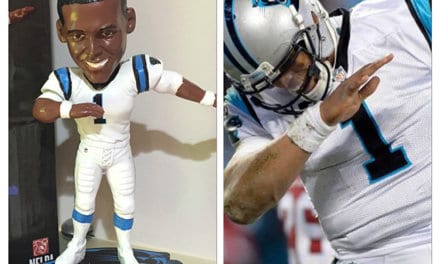 Bobble of the Day Cam Newton “The Dab” 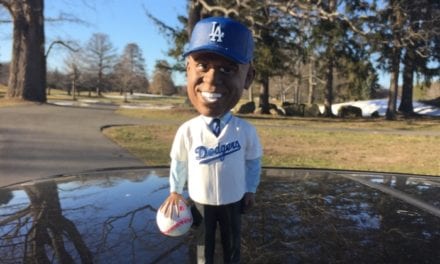 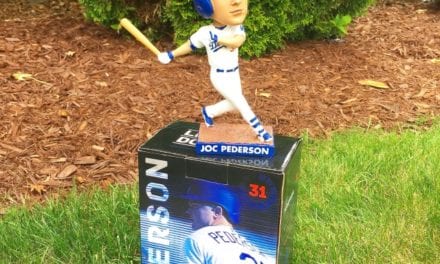 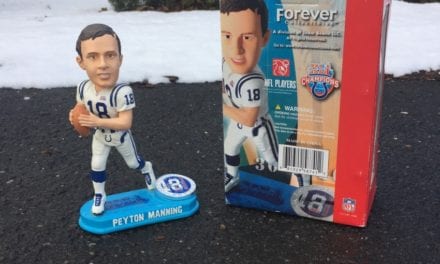