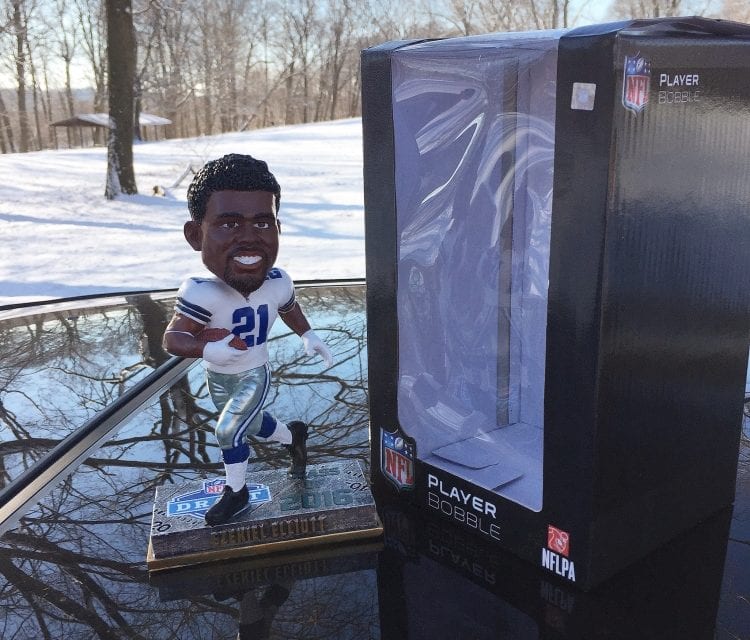 We all know how nasty Zeke is as he lead the NFL in rushing this year. It’s to bad we couldn’t see more of him as the Packers shoved it down the Cowboy’s throats. The dude is an absolute beast and yes, his offensive line is the real deal, but he still has to make moves and cuts.

Today’s bobble features Zeke as the “Class of 2016”. The base is the shit because it’s got his name in raised letters and it’s outlined by a gold color which is pretty sick. It reads, “Class of 2016” in a aqua looking color which blends in well with the silver base. In addition, it has the NFL Draft logo mixed in as well. Underneath those stickers, FOCO put a replica football field with yardage lines which is super unique.

His uniform is standard silver, blue and white which really pops. Zeke’s stance is fresh as hell as he’s in “rushing mode” and ready to pick up a 30 yard gain. The facial features are on point as well as his hair. FOCO did a very good job replicating his face which always makes a bobble more likable. 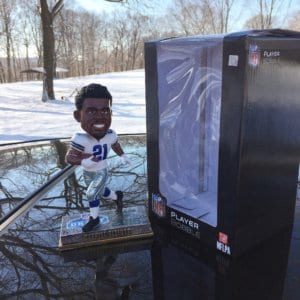 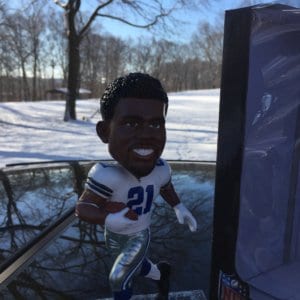 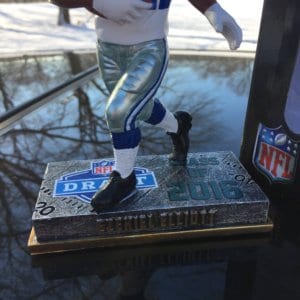 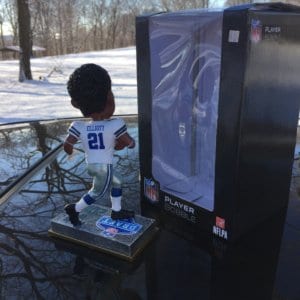 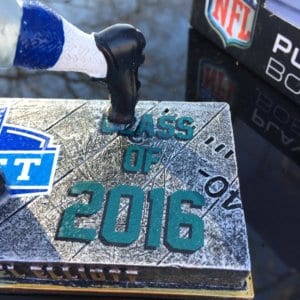 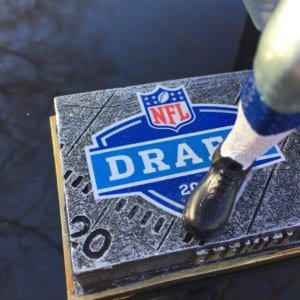 Sniper Rating: As of now there aren’t to many Zeke bobbleheads out there and this will become rare very soon. If he stays healthy and that o-line continues to be this dominate, your looking at an All-World running back that will shatter all kinds of records. Is it the most attractive bobble in the world? No. It’s a sharp looking one and one that you WANT to have. All-time players that have rookie bobbles usually spike up in value pretty damn quick. Get your mitts on this one immediately and enjoy the ride. You heard it first Snipers. Zeke and his “Class of 2016” rookie bobble scores a respectable 8.0. 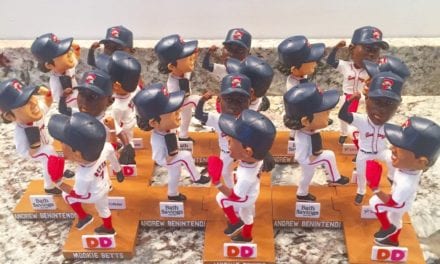 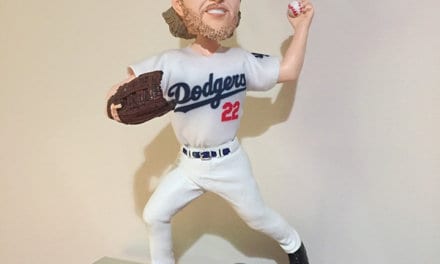 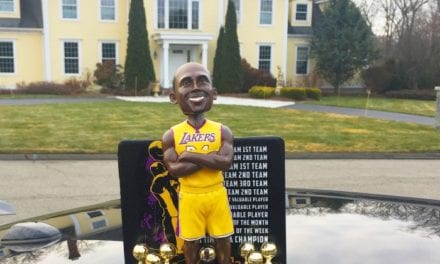 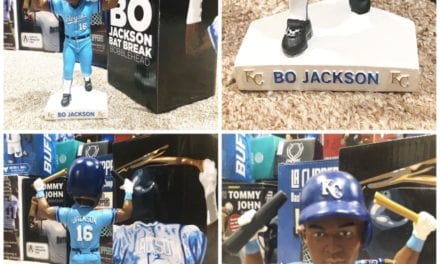