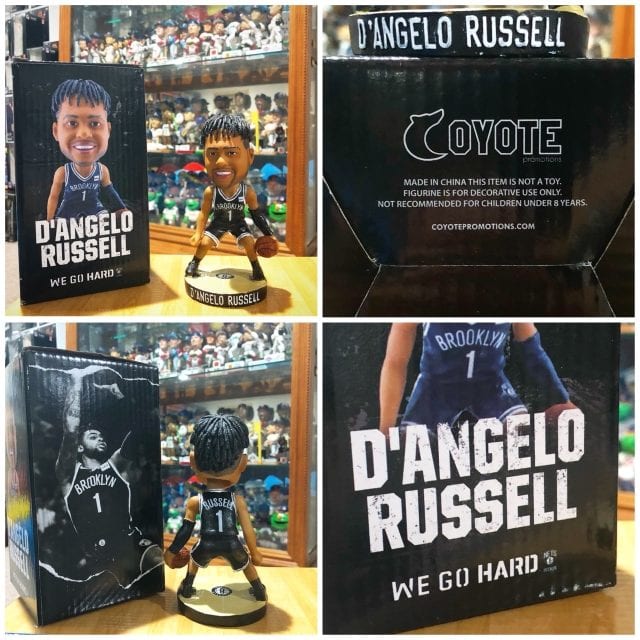 Everyone remembers D’Angelo in a Laker uniform but ever since he got traded to the Nets, that’s when his game turned elite. L.A. was to much hype for him and he has settled in nicely in Brooklyn. Currently, he’s on the shelf after undergoing a small procedure on his knee, but should be back in mid January. Mark my words, for the foreseeable future, D. Russ is the face of this franchise.

On to the bobble itself. Coyote Promotions never disappoints with their manufacturing skills and obviously the Nets have the utmost trust in Coyote, as they know they produce quality products. D’Angelo is in his “juke” stance, as he’s ready to fake out a defender and drop a dime. I love the all-black arm band on his shooting hand as it goes very well with his black jersey with laced white stripes. 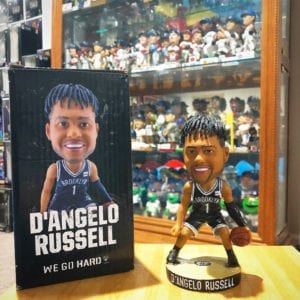 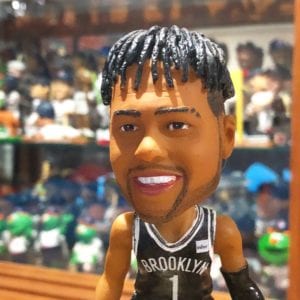 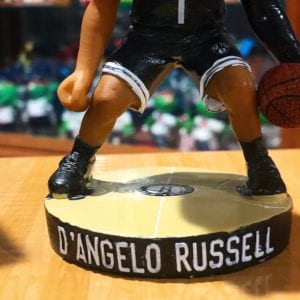 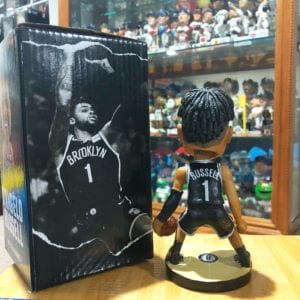 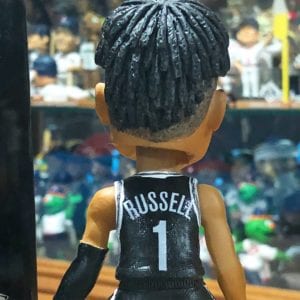 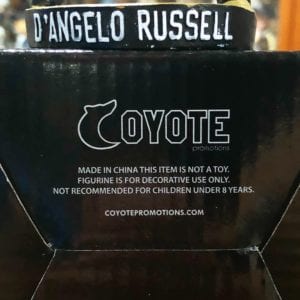 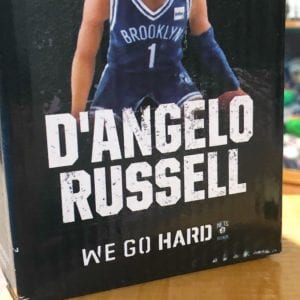 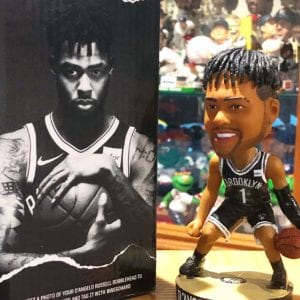 Sniper Rating: The biggest feature has to be Russell’s hair and Coyote nailed it. D. Russ has the braided look dangling over his whole dome. Very precise detail and effort was included to D’s hair. The base is a standard circular design with the Nets logo dead smack on the top, with D’Angleo’s name in raised letters which reflects that Coyote Promotions didn’t cut any corners. Fans will be lining up for this one on Saturday night as they know D’Angelo is the future of the franchise. Coyote Promotions hit this SGA out of the park and I highly suggest going to their website for a myriad of products that would satisfy any sports fan. This D’Angelo Russell bobblehead easily scores a 9.5 and I expect lines down the street for this one on Saturday night.

Click the link below for game changing products from Coyote Promotions. I’ve ordered several times from them and have ALWAYS had a positive experience.

P.S. The box is also total kick ass. It’s flooded with photos and has a smooth glossy coating which makes collector’s more attracted to it. Well done Coyote.

Here’s a quick vid of how good D’Angelo is in a Nets uniform. 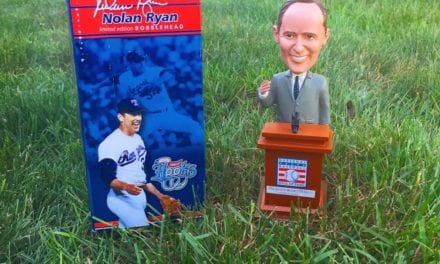 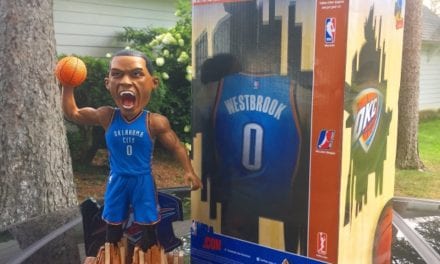 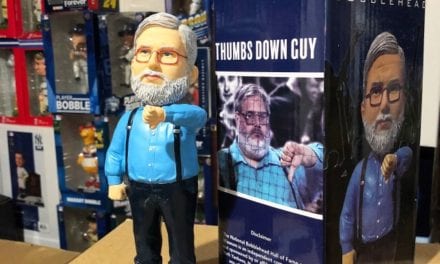 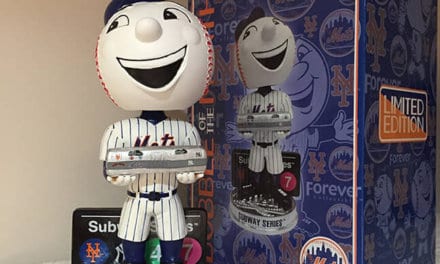