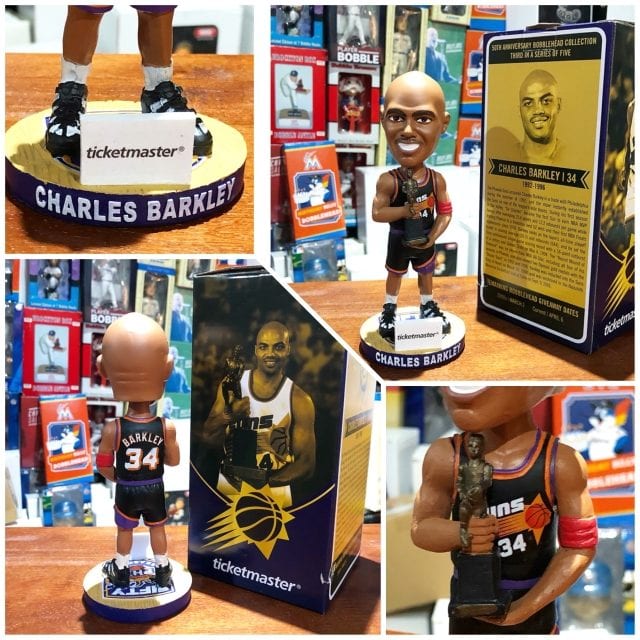 First and foremost, I wanna thank my man Jordan DeGroff for this SGA bobblehead. If you need any AZ bobblehead both retail and SGA, he is your man. Follow his Twitter feed at Bobbles-One.

Sir Charles!!!! You have no idea how long I’ve been waiting for a Barkley bobblehead. Suns bobbles are a dime a dozen as there’s not many out there. I know the Phoenix Snipers are beyond pleased that the Suns did a bobble giveaway. Barkley played in an Era that included Larry, Magic and Hakeem and he should be commended for his tough-ass style of play. I can remember watching Barkley when I was 9 years old while my dad sipped on his Miller High Life and Sir Charles just plowed over defenders.

If I was at this game and was handed a bobble at the gate, I would instantly get chills. The box isn’t your standard shit white box as it’s flooded with photos and stats of Barkley. Sir Charles is rocking his purple jersey holding his MVP trophy from 1992. He’s got the red arm band on while his biceps are jacked. I love the fact that he’s actually wearing his “Barkley” sneakers as I can remember wearing a pair just like these when I was in middle school. The jersey and shorts are pretty well put together with the color combinations of black, orange and purple. Another positive is the base has a killer purple background with Barkley’s name in white raised letters. 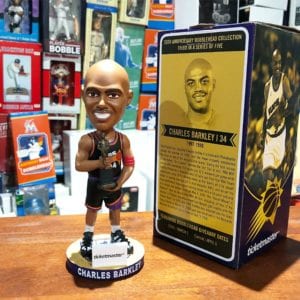 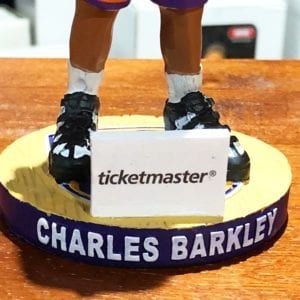 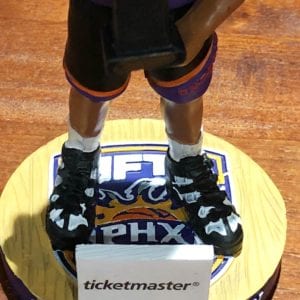 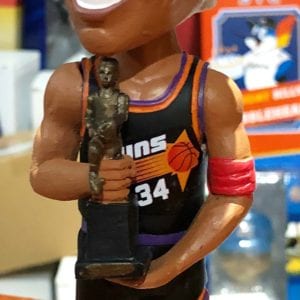 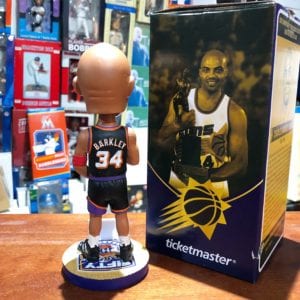 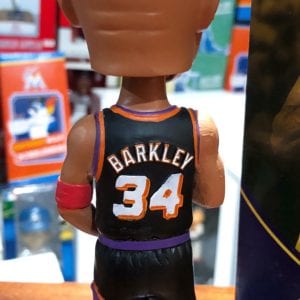 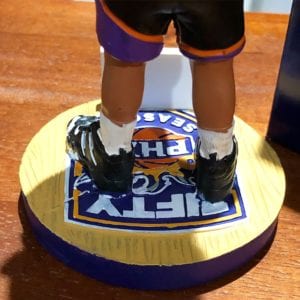 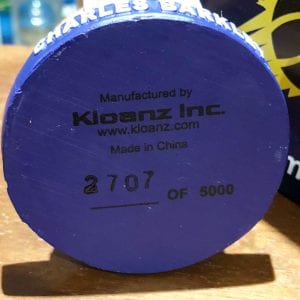 Sniper Rating: Let’s really get to the point here. Yours truly “Kloanz manufactured this one. We all know how bad they are with the effort put forth in making their bobbles, but this one is much better. It’s well made, sturdy and has a good overall design to it. Now, there are still smudge marks all over the place which is typical Kloanz. Charles’ arms could have a little more definition to them as it looks like Kloanz just splatted some paint on and called it a day. As far as Barkley’s teeth, Kloanz just swiped the paint brush over his mouth and decided to not make any teeth. Very lazy move by Kloanz.

I need to see much more out of Kloanz than just this one. This is a small sample size of a lot of work that needs to be done from them. If the Angels hired them again this year for their SGA’s, then we can revisit this at a later date. Kloanz, as it seems has turned over a new leaf in 2018 and we can only hope they continue to get better.

As far as the item at hand, this Charles Barkley bobblehead scores a 8.5 and I’m more happy for the Suns fans than anything. They deserve a good product as they are some diehards out there in the “Valley”. 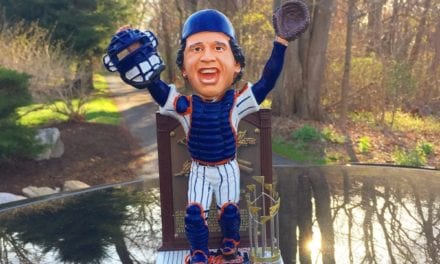 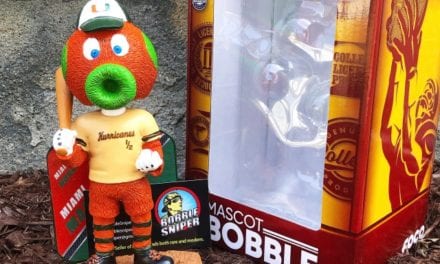 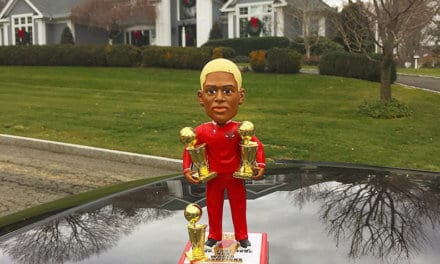