The University of Nevada-Las Vegas recently announced that they are retiring the Hey Reb! mascot. However, the school is still keeping its Rebels nickname. The decision to retire the mascot comes after UNLV removed a statue of Hey Reb! last spring due to its Confederate roots.

Hey Reb! was originally created in 1982 by Las Vegas artist Mike Miller and was an ode to western trailblazers of the 1800s. The school has updated the mascot on three different occasions prior to the decision to retire it.

According to UNLV’s website, Hey Reb! has been labeled with quite a bit of criticism in recent years and many people employed by the school worked on a solution that keep’s the mascot’s history intact. As of today, UNLV has yet to determine a new mascot but fans, students and alumni will be pleased that the school is keeping the Rebels name.

I recently acquired a Hey Reb! prototype bobblehead as I’ve never seen these before on any market. This hard to find mascot bobble has Reb holding up the LV sign with his fingers to show who’s heart still live in Las Vegas. The base has a “Welcome To Fabulous Las Vegas Nevada” emblem as Reb’s roots go deep in Sin City. The large cowboy hat slightly covers the eyes of Reb as he sure is an intimidating mascot toward fellow opponents. 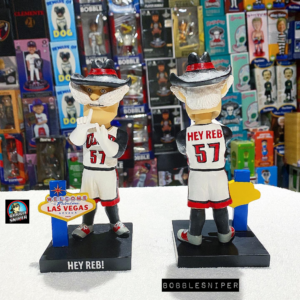 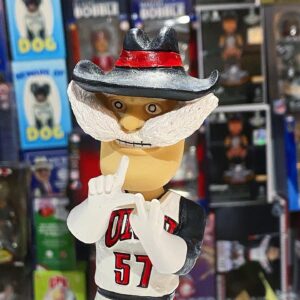 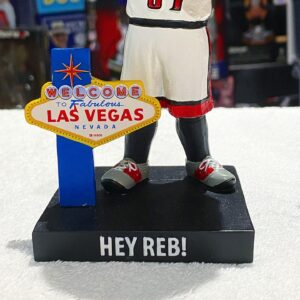 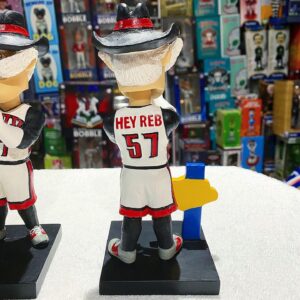 Until the University decides on a new mascot, fans of UNLV will always recognize Hey Reb! as their crowd pleaser.