The Suns are looking to get back to the NBA Finals and their popular mascot the Gorilla is expected to lead the charge.

This new Framed Jersey series features some of sports biggest stars and mascots with their jerseys encased in a glass frame behind their bobblehead.

The Suns’ mischievous mascot was born quite by accident when Henry Rojas, a messenger for a singing telegram service, came to the Coliseum during a home game dressed as a gorilla in the winter of 1980. The arena’s security suggested he do a few dances underneath the basket during a timeout and the fans loved it. He continued attending games dressed as the gorilla until he was officially invited to be part of the team.

The Gorilla, who was inducted into the Mascot Hall of Fame in 2005, remains one of the top mascots in all of sports.

Phoenix is looking to get back into the NBA Finals for another shot at the franchise’s first NBA title. The Suns lost to the Milwaukee Bucks in the 2021 NBA Finals but have the potential to make another deep run this season. 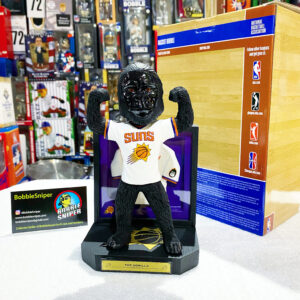 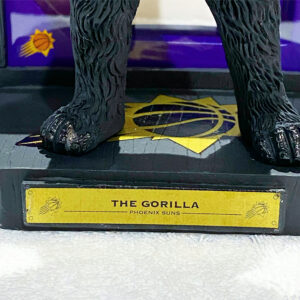 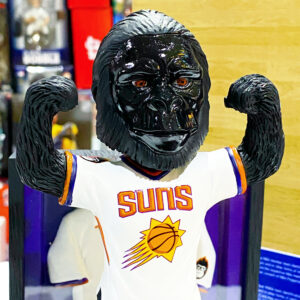 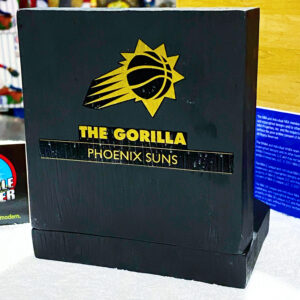 “We’re excited to be releasing this awesome new bobblehead of The Gorilla,” National Bobblehead Hall of Fame and Museum co-founder and CEO Phil Sklar said. “As one of only 25 mascots in the Mascot Hall of Fame, we thought the Framed Jersey Bobblehead would be a great way to commemorate on of the best mascots in the world and we think fans will love it.” Hurry up as the season starts today and grab your own Gorilla mascot bobblehead!