Elvis Presley has some deep roots in Memphis, Tennessee as he and his family moved there when he was only 13 years old. From there his music career began in 1954 and the rest is history as he was well known as “The King of Rock “N” Roll”. I recently obtained a rare piece of The King himself in the form of a bobblehead.

Rumor has it, the Memphis Grizzlies wanted to celebrate 60 years of Rock “N” Roll by handing out an Elvis Presley “Grizzly” bobblehead to their fans. All the cards were set in place and for some unknown reason, the production of the bobblehead was canceled at the last minute per AGP. I’ve been told this one of a kind bobblehead was never given out and only the 1 of 1 prototype exists.

The bobblehead displays with a navy blue circular base that has raised letters on the front that reads, “60 Years of Rock “N” Roll. Elvis or the Grizzly has his guitar positioned on the base as that is what Elvis was known for. The bronze suit is detailed with glitter around the collar to stand out like the celebrity he was. Lastly, the Grizzly head design is as detailed as they come as his yellow eyes sparkle as Elvis takes the stage. 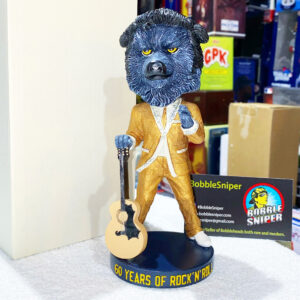 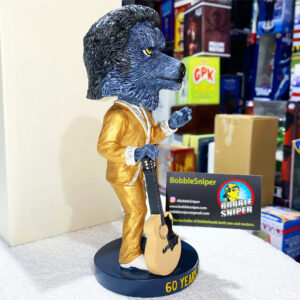 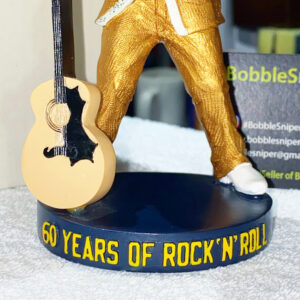 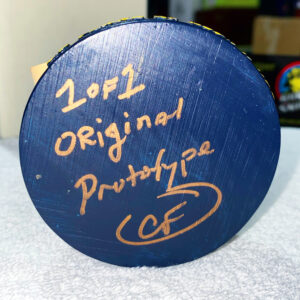 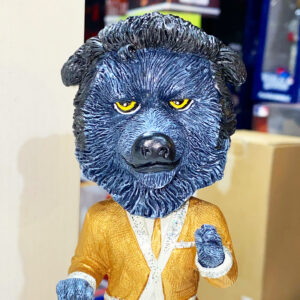 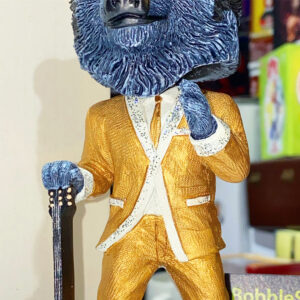 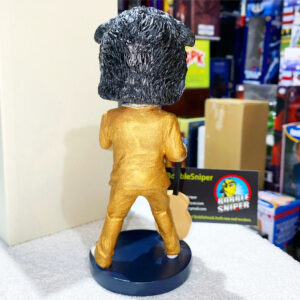 It’s unfortunate that the Grizzly fans never had the opportunity to score this one of a kind bobblehead as “The King of Rock “N” Roll” lives on forever in Memphis.