Stefon Diggs was born on November 29, 1993, in Alexandria, Virginia, and will turn 28 on the day of the bobblehead’s release. Diggs was traded to the Bills on March 20th, 2020 and made an immediate impact with his new team. The speedster amassed 127 receptions and 1,535 – both career and league highs – to go along with eight touchdown catches as he was named first-team All-Pro for the first time in his career. He became the fastest receiver in franchise history to surpass 100 catches and broke Eric Moulds’ team record for receiving yards in a season. This season, Diggs has helped the Bills to one of the best records in the AFC.

A riding bobblehead featuring Josh Allen was previously released, and the first batch sold out. Additional bobbleheads featuring Allen riding the buffalo are arriving in January and are available for pre-order at Bobbleheads

“We’re excited to release this bobblehead of Stefon as part of our Player Riding series,” National Bobblehead Hall of Fame and Museum co-founder and CEO Phil Sklar said. “The Buffalo Bills have become one of the top teams in the NFL thanks to the addition to Stefon Diggs, and this bobblehead will be a must-have for Bills fans.” 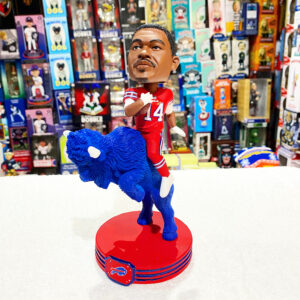 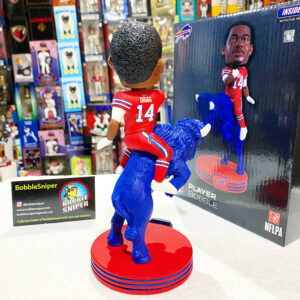 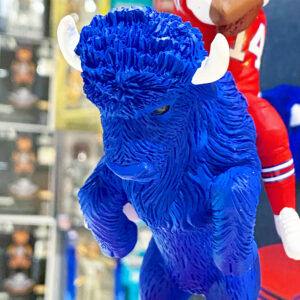 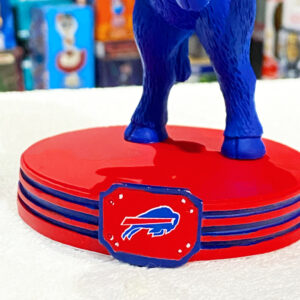 The bobbleheads are produced by FOCO. In addition to Diggs, it’s also Russell Wilson’s birthday today and the Bobblehead Hall of Fame took notice.

Russell Wilson was born on November 29, 1988, in Cincinnati, Ohio, and will turn 33 on the day of the bobblehead’s release. Wilson was selected by the Seattle Seahawks in the 3rd round of the 2012 NFL Draft with the 75th overall pick. He’s played his entire 10-year career with the Seahawks, becoming a fan favorite. He led the Seahawks to the franchise’s only Super Bowl title in 2014 and has been selected to the Pro Bowl seven times including the last four seasons. He recently commented that he wants to play at least another 10 years in the NFL and own an NFL franchise when he retires. 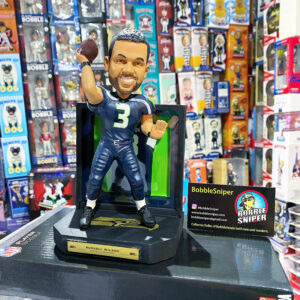 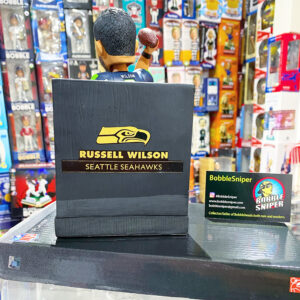 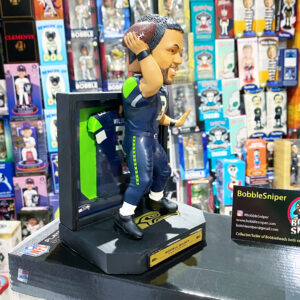 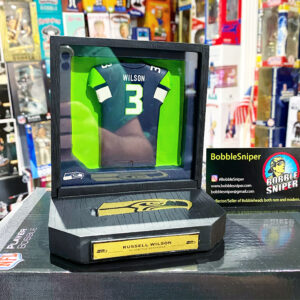 “We’re excited to be releasing this awesome new bobblehead featuring one of the NFL’s biggest stars,” National Bobblehead Hall of Fame and Museum co-founder and CEO Phil Sklar said. “Russell Wilson has been a legend both on and off the field and we think fans will love this new bobblehead.”

I’m sure fans will appreciate hearing about this unique new bobblehead so they can get one before they’re gone! Click below to view the largest selection of bobbleheads anywhere!