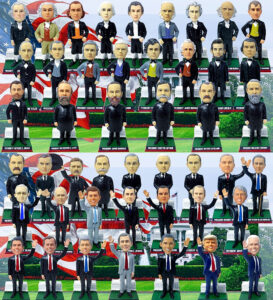 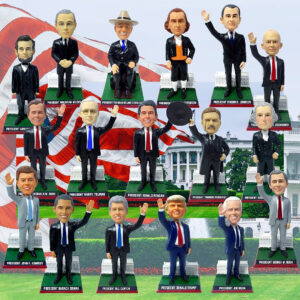 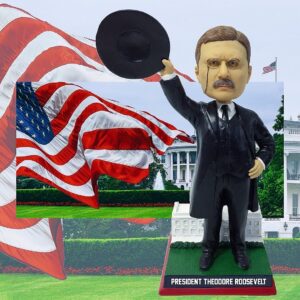 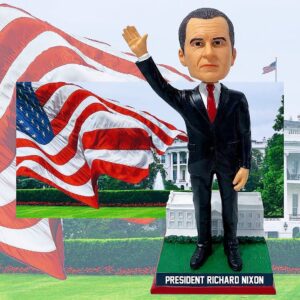 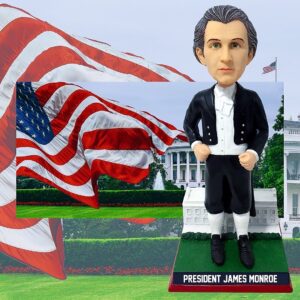 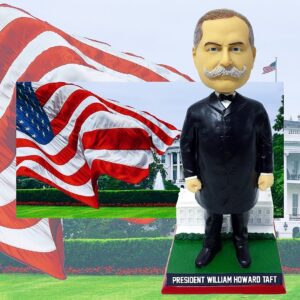 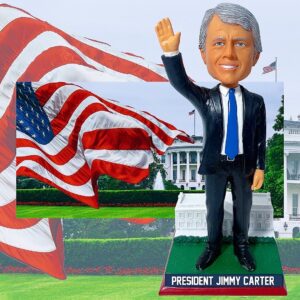 The bobbleheads are only available through the National Bobblehead Hall of Fame and Museum’s Online Store. The bobbleheads are $30 each plus a flat-rate shipping charge of $8 per order or $1,250 for the complete set. The Joe Biden and Donald Trump bobbleheads are in stock now while the others are expected to ship in May. All bobbleheads include the name of the president on the front of the base and their president number on the back of the base.

Located at 1600 Pennsylvania Avenue in Washington, D.C., the White House is the official residence and workplace of the President of the United States. Construction took place between 1792 and 1800 using Aquia Creek sandstone painted white. It has been the residence of every U.S. president since John Adams in 1800. The residence was designed by Irish-born architect James Hoban in the neoclassical style. He modeled the building after the Leinster House in Dublin, a building which today houses the Oireachtas, the Irish legislature. The modern-day White House complex includes the Executive Residence, West Wing, East Wing, the Eisenhower Executive Office Building (the former State Department, which now houses offices for the president’s staff and the vice president) and Blair House, a guest residence. In 2007, the White House was ranked second on the American Institute of Architects list of “America’s Favorite Architecture.”

“We’re excited to release this complete collection of bobbleheads featuring all 45 U.S. Presidents to celebrate Presidents’ Day,” National Bobblehead Hall of Fame and Museum co-founder and CEO Phil Sklar said. “Each president played an important part in our country’s history, and we think people will enjoy this new series of presidential bobbleheads.”