The Battle Between Being A Completist vs Dissimilarity Within Collecting

We as collector’s tend to collect our favorite players and teams and often face tough decisions when the likeness of a bobble doesn’t sit well with us.

For example, this Maine Red Claws Larry Bird collectible is highly touted as one of the rarest bobbleheads of Larry. It’s also perceived to be the ugliest, as it down right looks creepy. The egg yolk yellow hair as well as the eyebrow and mustache looks like a horror character. Given the fact that Larry is toothless makes this a debatable item to collect. 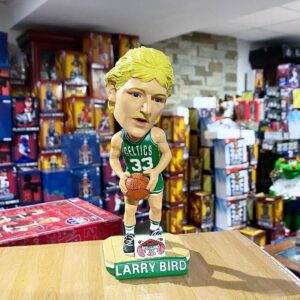 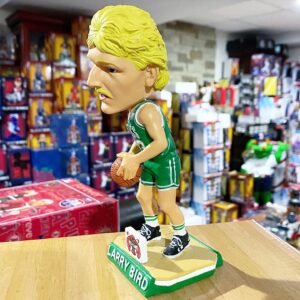 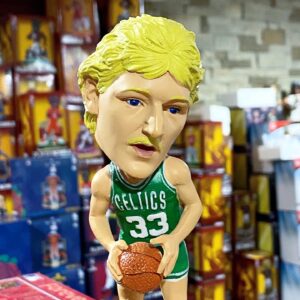 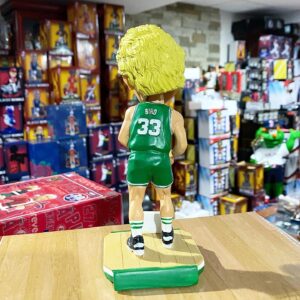 I myself am I diehard Celtics fan and a huge Larry Bird fan. I followed the C’s since I was 6 years old and never turned back. Once I got knee deep into the bobble game, this Bird bobble was readily available on the open market. I had to have it. There was no question about it as I had to add it to my Bird collection.

Fast forward 10 years later, I question my decision that I acquired it. Looking at it now, it creeps me the fuck out. I literally have a hard time looking at it.

So the ongoing debate remains…even if a bobblehead is ugly as dog shit, do you still get it? Or, do you “Have” to get it because you’re a completist? It’s a fascinating discussion to have amongst avid collectors.