Reigns is decked out in all black with his long hair and tattoos present as he’s ready to take the ring. He’s standing on top of the ramp with his name front and center to show all WWE fans who’s the champion. 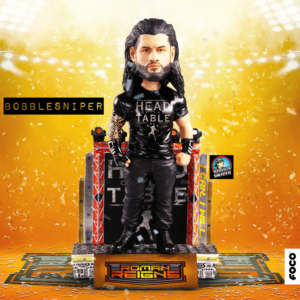 This elite collectible is currently on pre-order and holds a price tag of $50.00 with an expected delivery date of no later than July of 2021. Only #144 of these will be manufactured so click link below as these are sure to move fast!