New wave of bobbleheads…Game Of Thrones 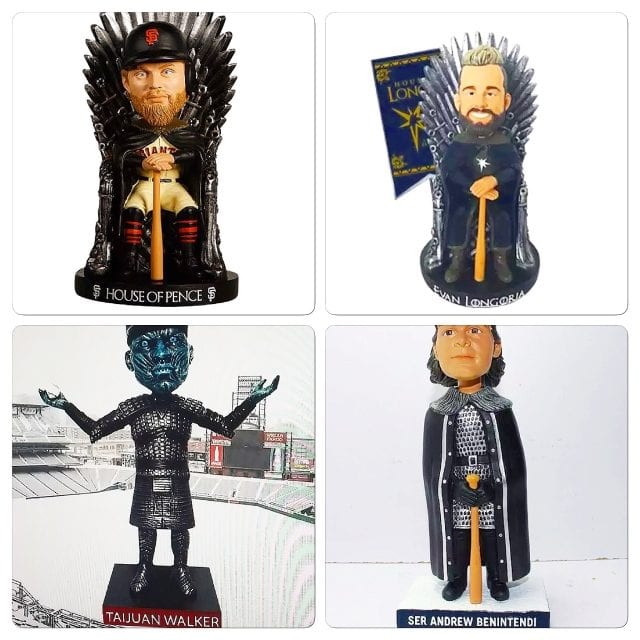 So this hit show Game of Thrones is taking off and I’ll be the first to admit I haven’t seen one show. Just like Star Wars themed bobbleheads that baseball teams are coming out with, now it’s Game of Thrones.

Apparently there is a huuuuuuge following as diehard fans love this show. Here are some examples of which GOT bobbles we will see this season.

Hunter Pence as “House of Pence”. I don’t really understand it as he’s sitting on a throne but it’s pretty damn good looking. 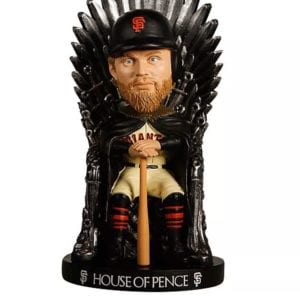 Taijuan Walker of the Diamondbacks with a silver/blackish costume and a shiny, glittery aqua face. This one actually scares the shit out me but it’s creepy cool. 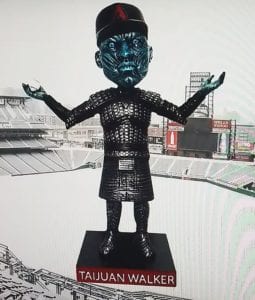 Next, is J.D. Martinez of the Detroit Tigers as “House of Detroit”. It looks like he’s got all the dark black flashy gear on just chillin on his throne. 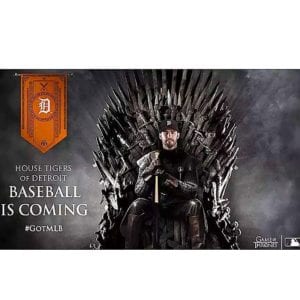 Then we have Evan Longoria of the Rays with a more happy look, as it’s just his face and hair. He’s sitting on his throne and doesn’t look to intimidating. 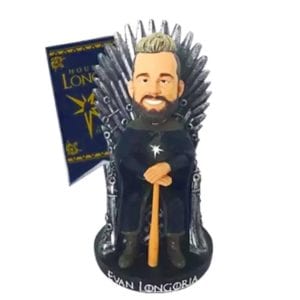 Here we have our first mascot in Southpaw of the White Sox, filled with yellowish/greenish colors and again sitting on his throne. 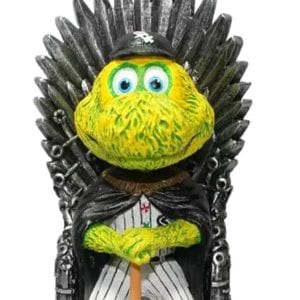 For a different pose is “Ser Andrew Benintendi of the Red Sox with some sort of cloak draped around him holding his bat like he’s got a 14 inch dick. 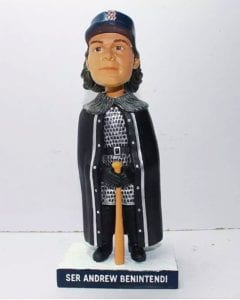 And last is “House of Bannister” of the Texas Rangers. Not too much of a “Game of Thrones” outfit as Bannister is decked out in his Rangers uniform. 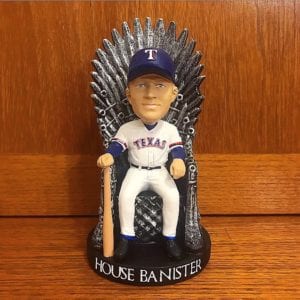 I get the hype and obviously more fans will fill the seats in these ballparks just to get the bobblehead and here we have MLB making more money. Gimmicks like these is a tremendous idea. Teams have Game of Throne nights when a lot of people won’t attend a game in the middle of the summer. They do these giveaways on a random Monday or Wednesday night to fill the seats. I am going to the “Ser Andrew Benintendi” one because I’m curious to see what it’s like. From what I hear, the Red Sox will have characters there and you can have your picture taken while sitting on a throne.

I anticipate this “Game of Thrones” themed nights to take off just like Star Wars night did. Excellent marketing by all MLB teams and of course Major League Baseball itself. Time will tell and we’ll see what they look like. I think I’ll make my decision to start watching the show after I have the actual Game of Thrones “Ser Andrew Benintendi” bobble in hand. 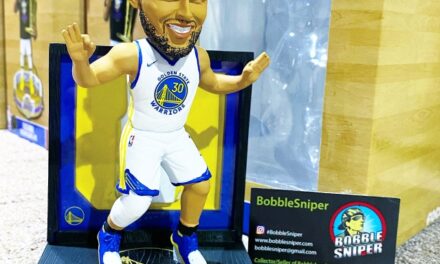 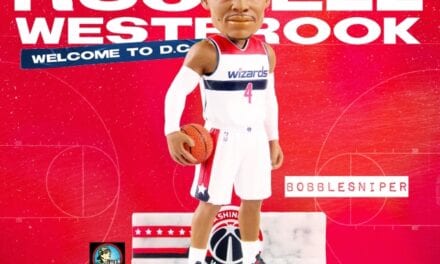 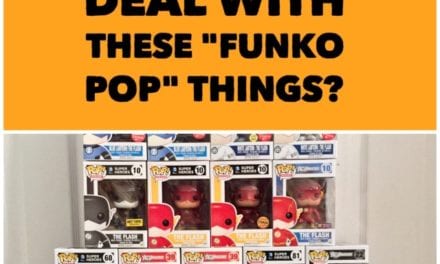 What’s the deal with these “Funko Pop” things? 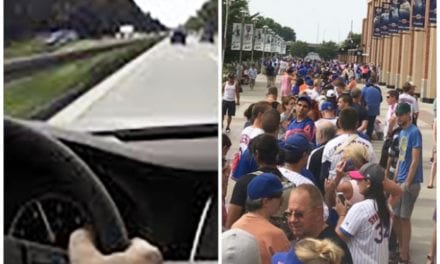 What’s the furthest you’d travel to score a bobblehead at a game?