Mark Pysyk is no stranger to being in the spotlight no matter how old he is. At the age of just 15 years old, Pysyk became the first-ever draft pick of the current incarnation of the Edmonton Oil Kings when he was selected third overall in the 2007 Western Hockey League (WHL). Due to his age, he would only be able to play with the team as an affiliate player for the 2007–08 season. He began the season with the AMBHL but was told by Oil Kings head coach Steve Pleau he would make his WHL debut after the Christmas break. Pysyk subsequently made his debut on December 28, 2007. He eventually returned to the Oil Kings for the 09-10 season and dealt with a broken foot for many games. One the next few years, Pysyk bounced around from the Sabres, Panthers and now of the Dallas Stars.

I recently acquired this prototype bobblehead of Mark Pysyk in his Edmonton Oil Kings uniform. He apparently loves Popeye’s as his favorite choice of food as Popeye’s is sponsored just about everywhere on the bobble. The biscuit on top of his head, to him skating on a warm and toasty biscuit as the base. The defenceman is clearing out the puck as his position dictates with his hockey stick in motion. 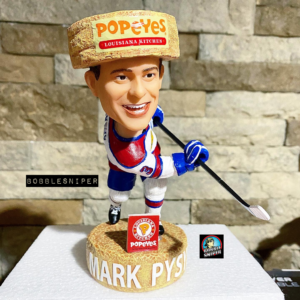 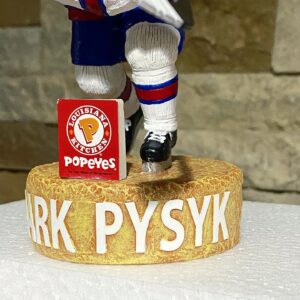 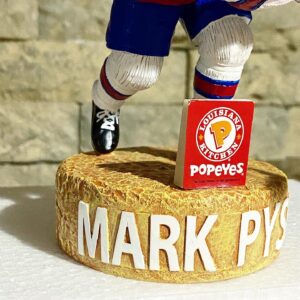 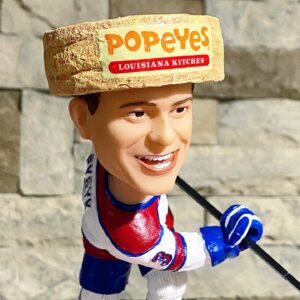 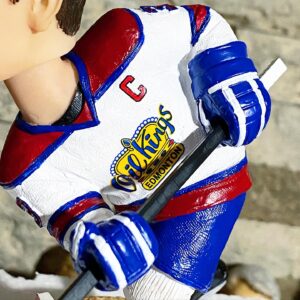 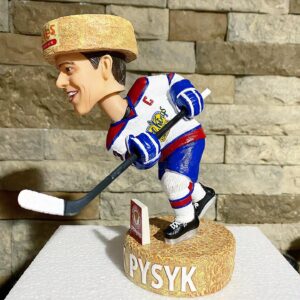 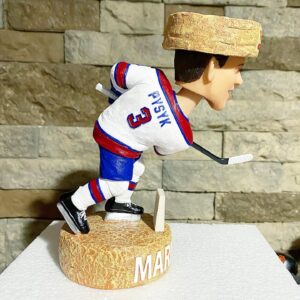 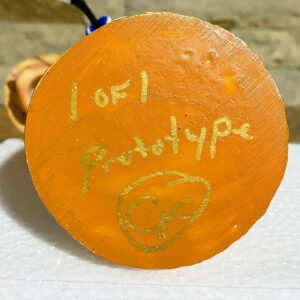 I have looked just about everywhere regarding when and where this was supposedly given out and have come up empty. It is unknown the direct correlation between Pysyk and Popeye’s as there is a Popeye’s in Alberta, Canada where the Oil Kings play.

Correction: A fellow Sniper just informed me that this was a Season Ticket Holder giveaway.