When you think of lumberjacks, you think of Paul Bunyan. As North American’s lumberjack folk hero, Bunyan was always accompanied by Babe the Blue Ox. Known for superhuman labors, Paul Bunyan is a legend in Bemidji, Minnesota as many statues can been seen and visited by fans from all over the world. Bunyan himself has been the subject of various literary compositions, musical pieces, commercial works and theatrical productions.

I recently scored this gem of a prototype bobblehead of Paul Bunyan and Babe the Blue Ox. Word has it, this was sold in a gift shop in Bemidji, Minnesota and 500 were actually manufactured. The one I obtained has the front emblem that reads “Bemidji Paul Bunyan 1937” and some others I’ve seen online have a sponsor emblem that reads “True North”. The bottom of the base has some Chinese lettering that most likely indicates this was the initial one made prior to mass production. Either way you split it, this bobblehead tells a a great story of a legend in Minnesota who lumberjacks look up to and is a great destination location for visitors. 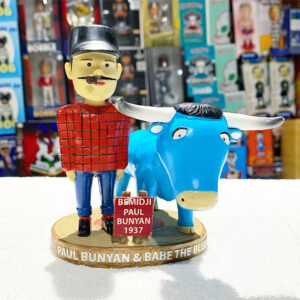 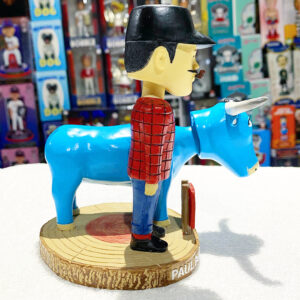 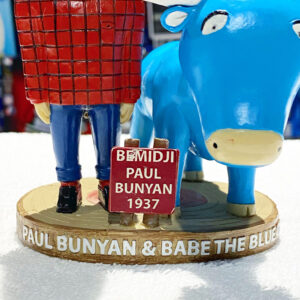 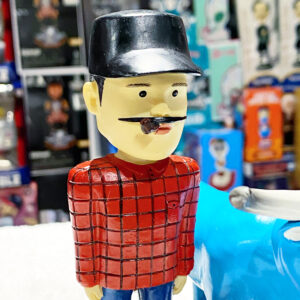 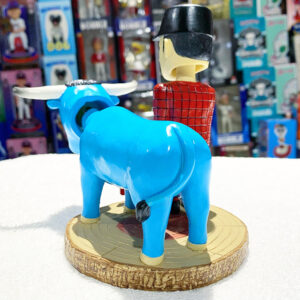 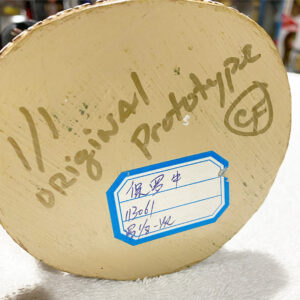