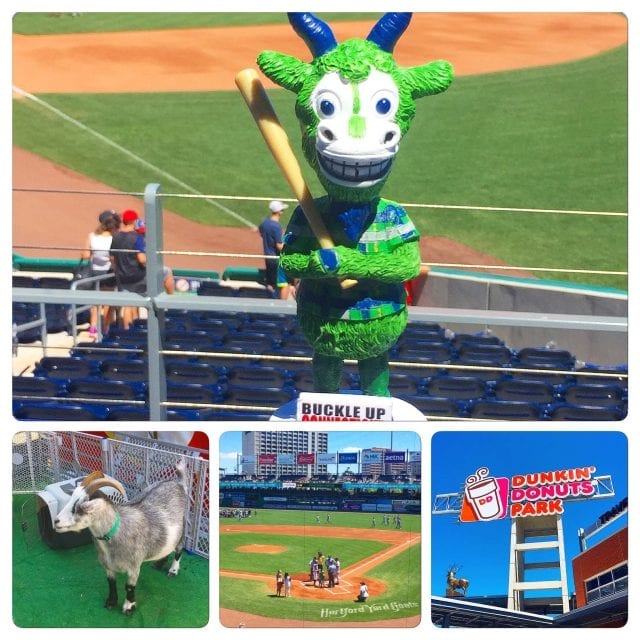 So the Hartford Yard Goats in Connecticut are a brand new minor league team as they are the affiliate of the Colorado Rockies (AA). The stadium is brand spanking new and I’ve wanted to go to a game all season and decided to make it a bobblehead game.

Their mascot named “Chompers” was the bobble given out to the first 2,000 fans. This was just one gate. 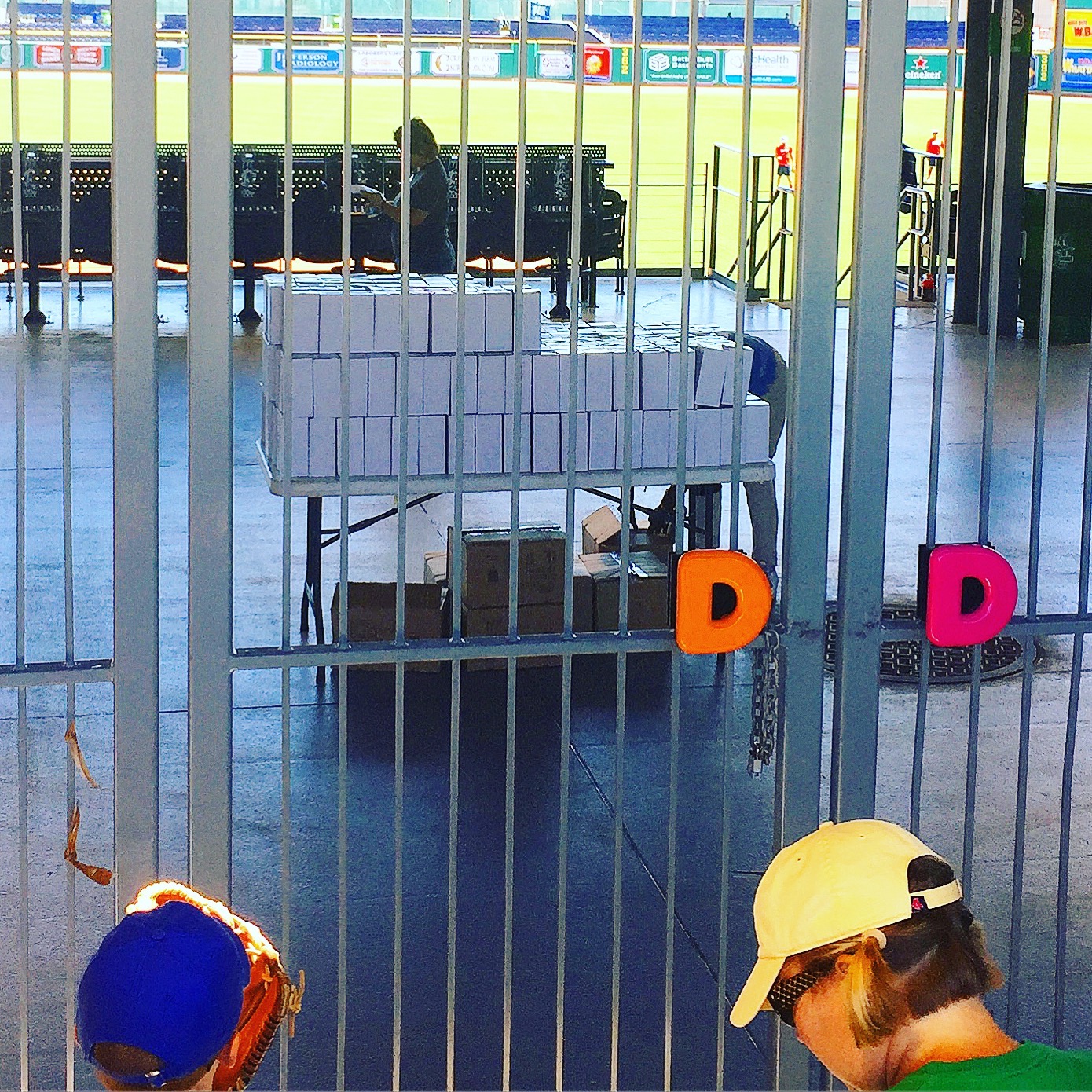 I brought the wife and kids as I heard there is a shit load of activities for the youngsters.

It was a good hour ride and we got there roughly 30 minutes before the gates opened.

There was maybe and I mean maybe, 20 people in line. To make a long story short, this was a bobblehead collector’s dream game. Alot of the fans didn’t even know there was a giveaway and they were handing the Bobbles out like they were candy. To be quite frank, we had fans come up to us asking if we got a bobblehead as they didn’t even want theirs. I ended up with 17 total and could have easily have gotten 40-50, but room in the bobble cave is getting slim and I just don’t want that many.

I have never seen such a cleaner park. Everything from the concession stands to the bathrooms to the rows of seats, everything was immaculate.

We had to score a few cold ones and we brought the kids around to see the goats. They loved them but they stunk like shit. They had a huge bounce house, live music and “Chompers” the mascot running around greeting fans. 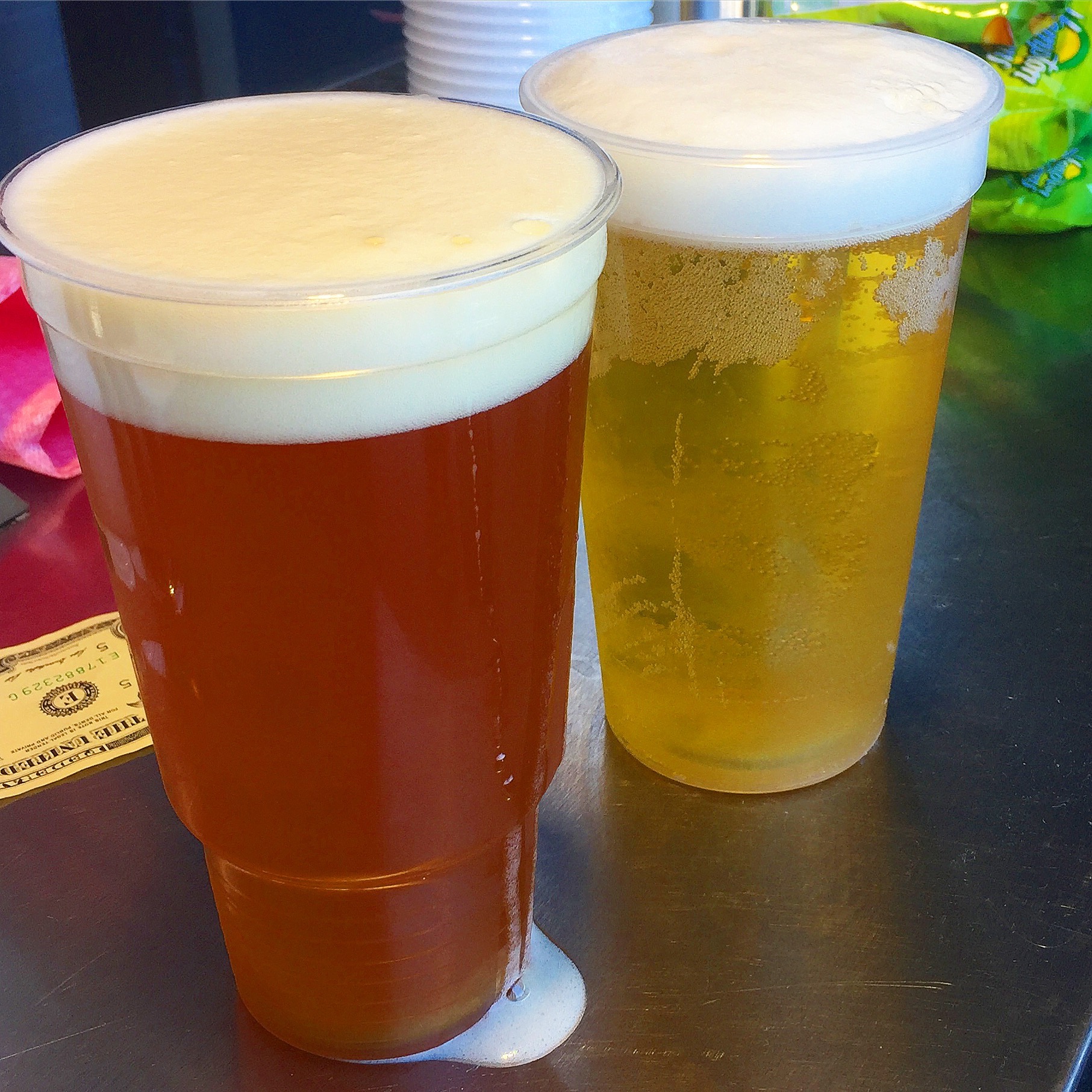 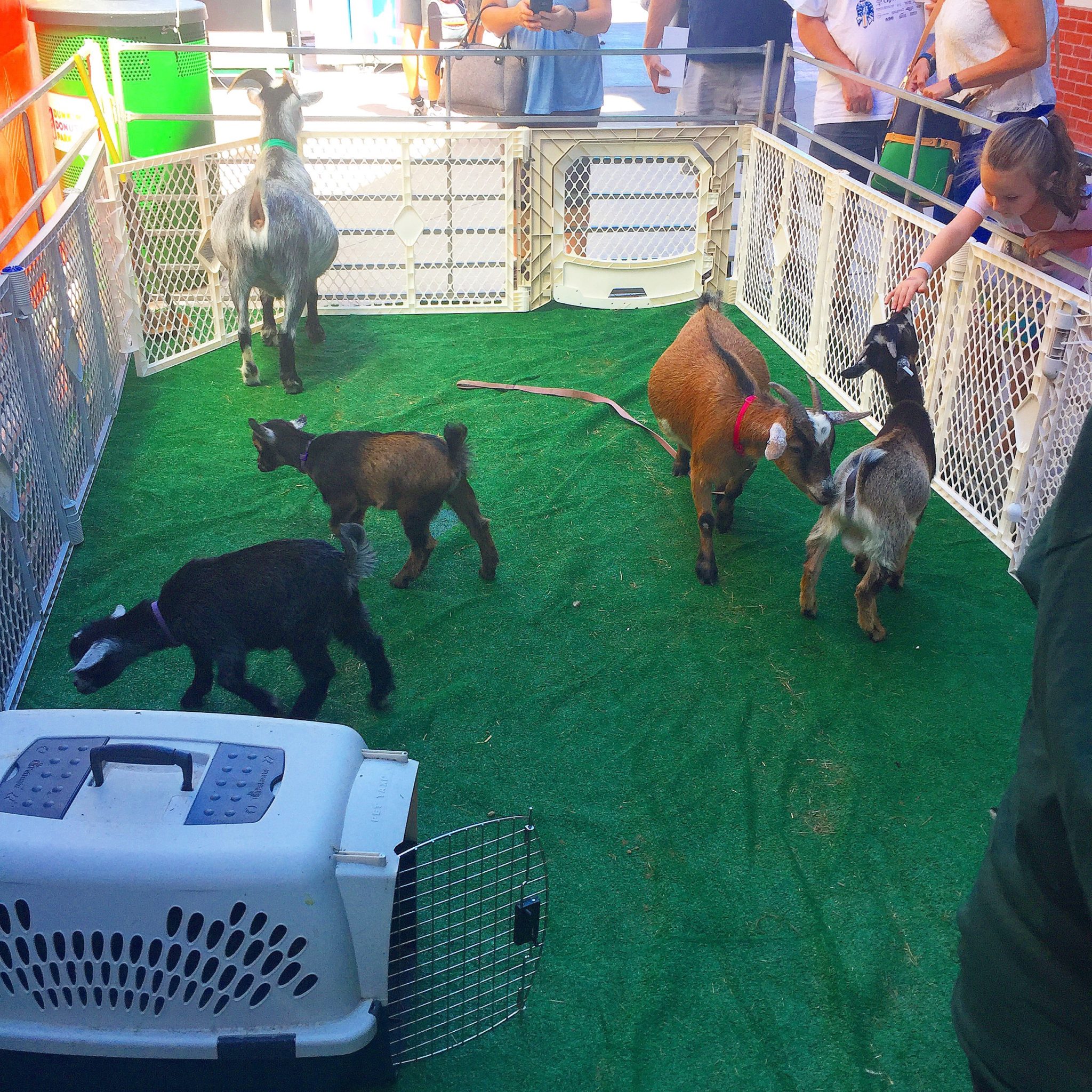 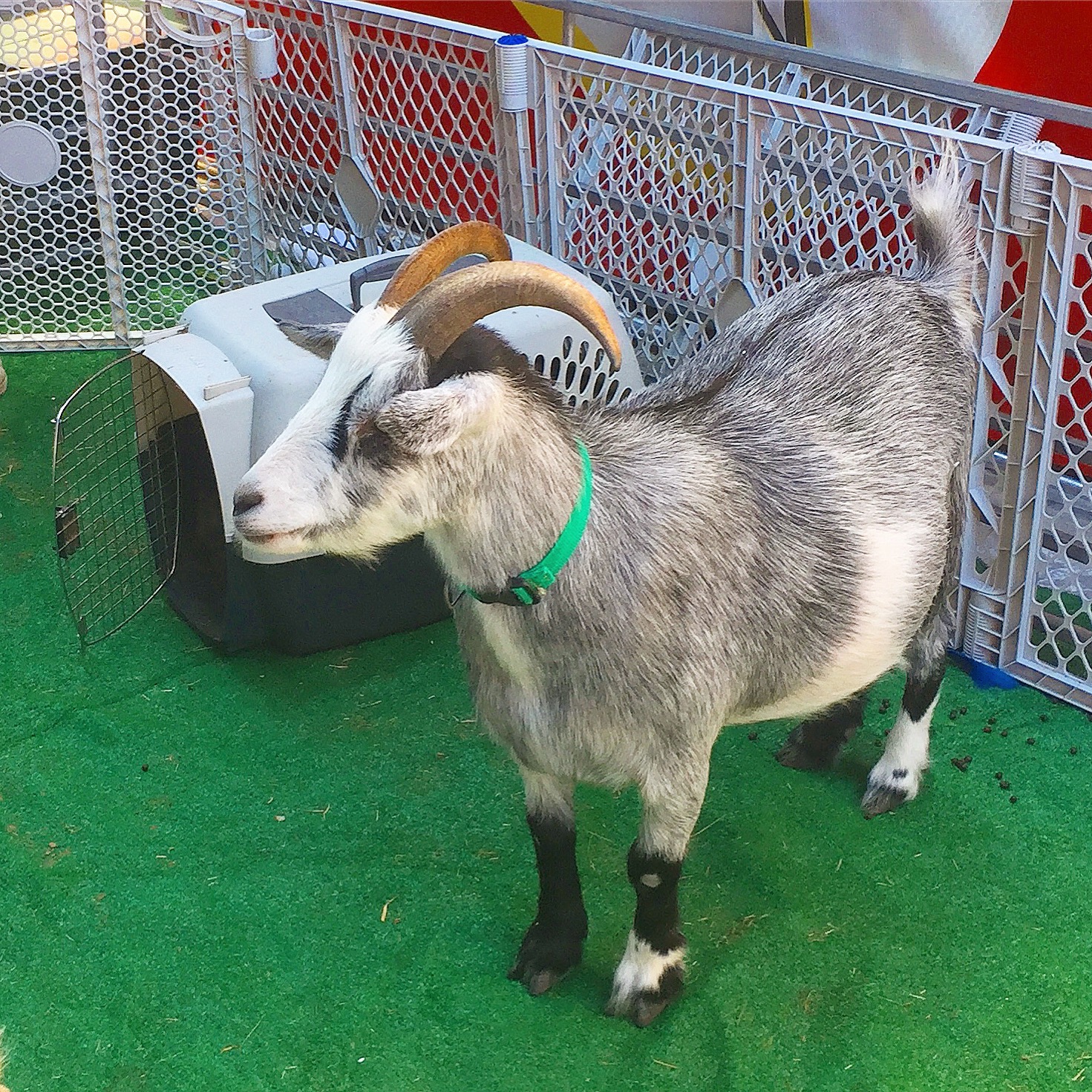 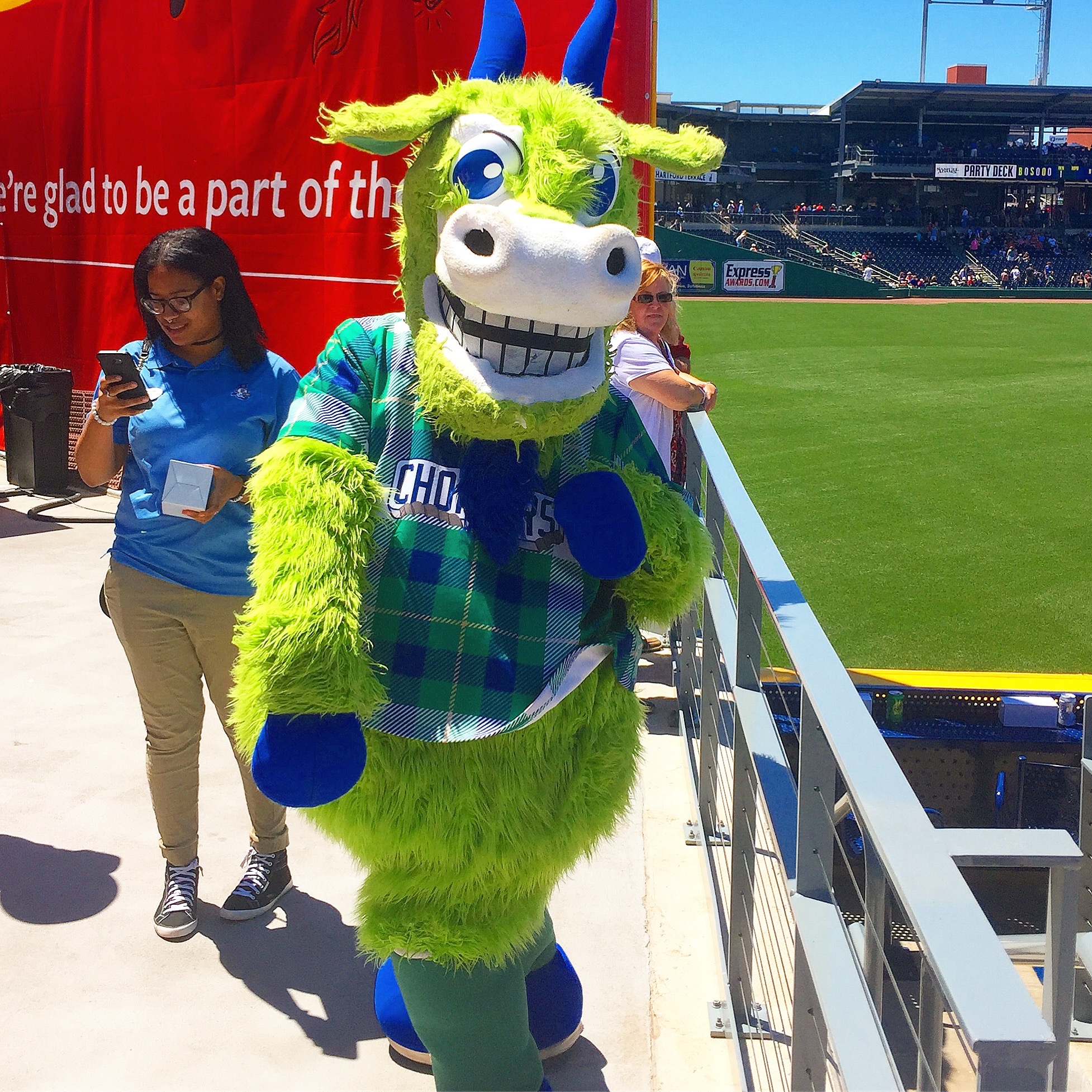 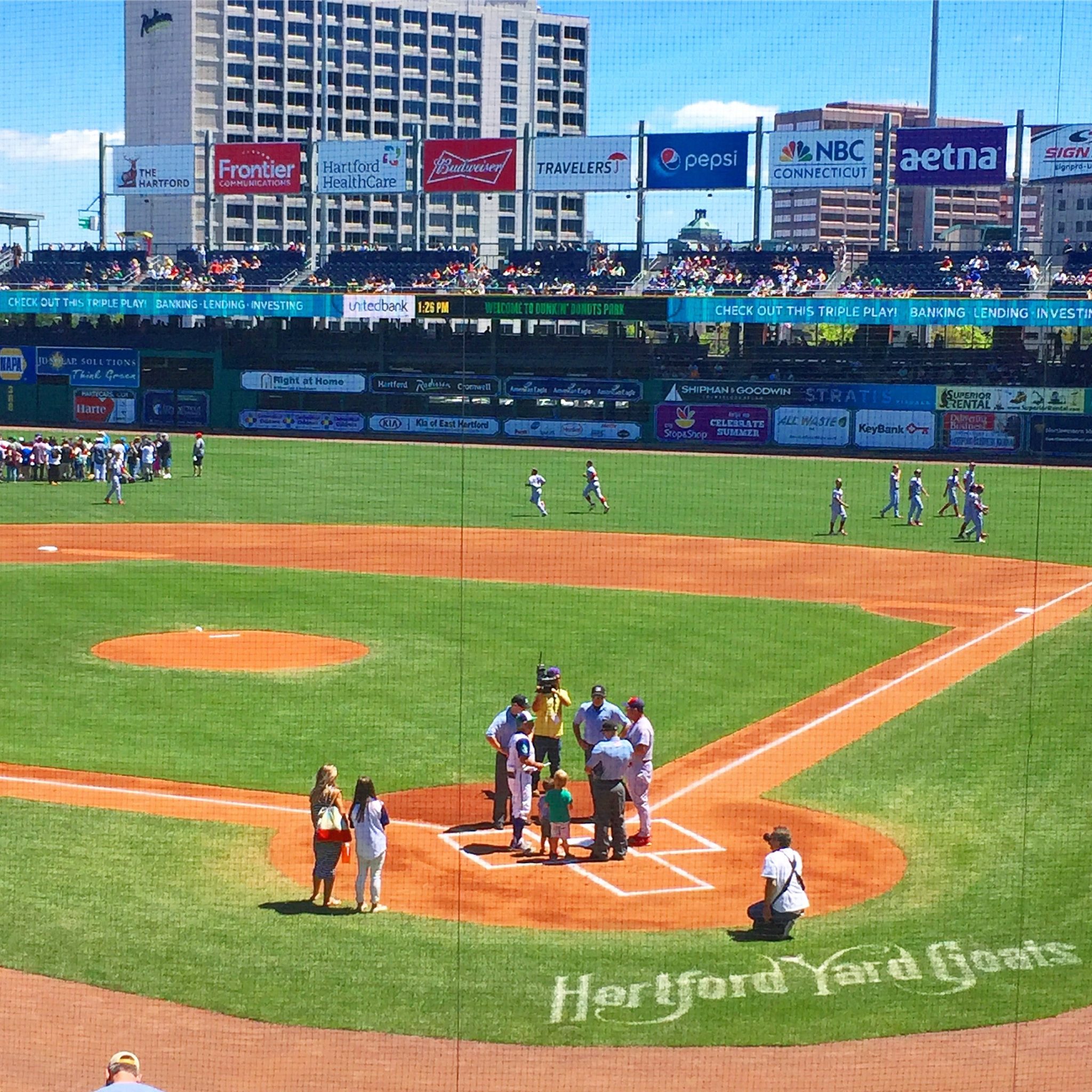 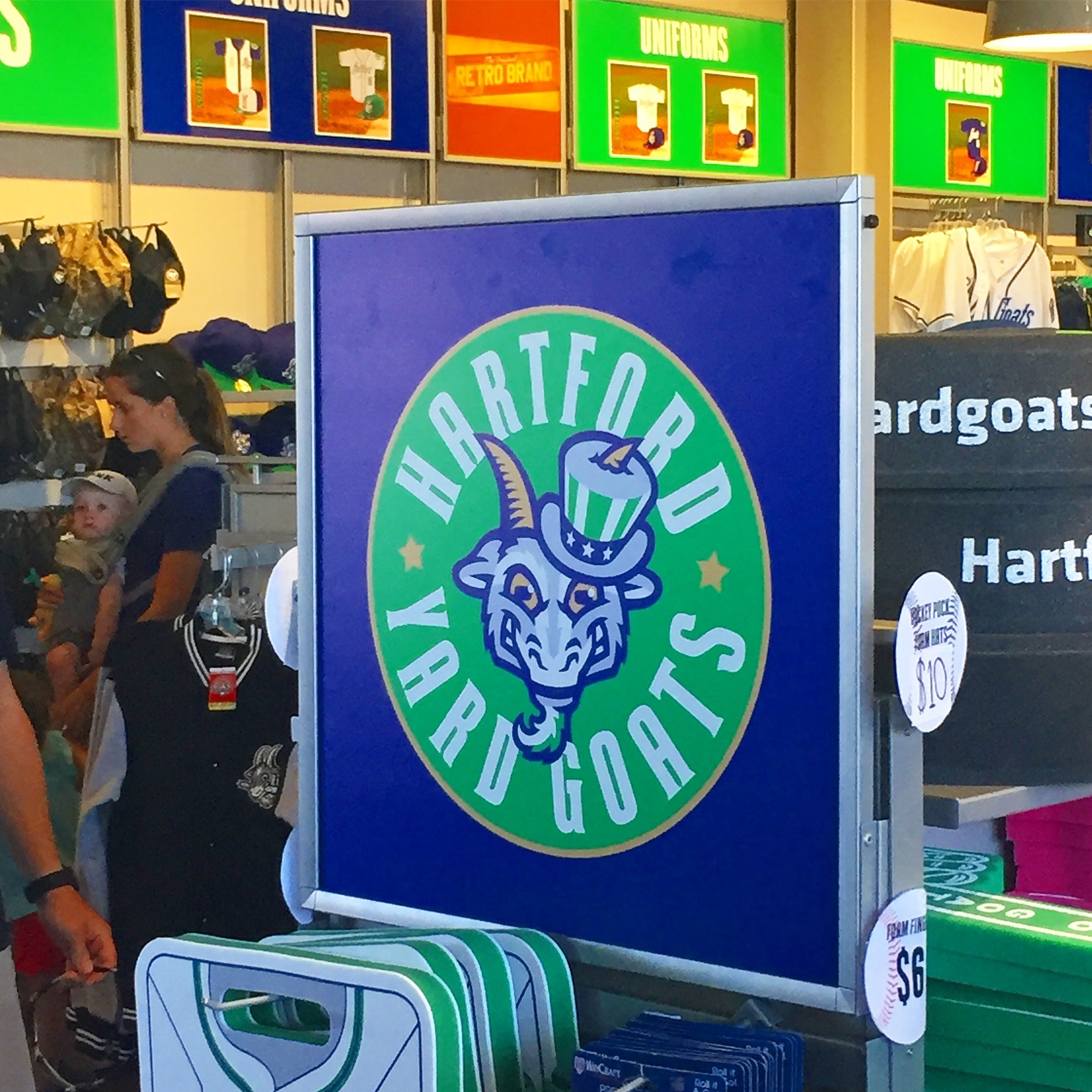 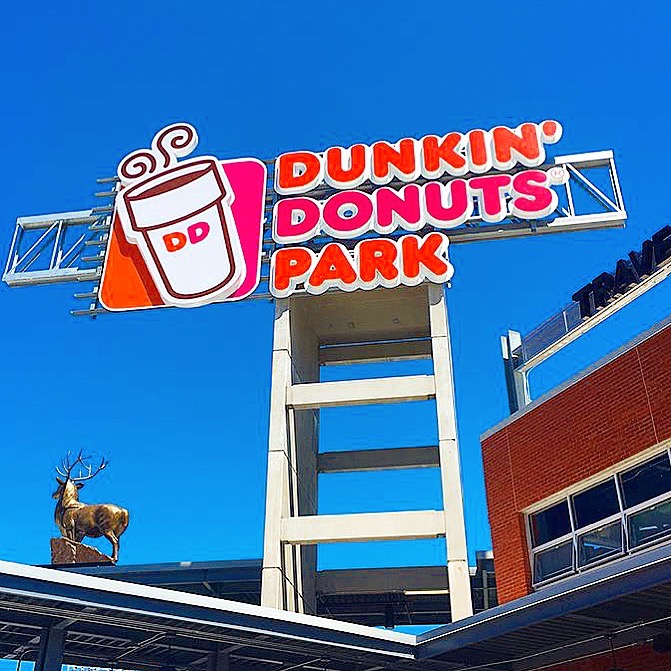 Overall, it was a good family day. If you’re ever in CT in the summer time I highly recommend going to Dunkin Donuts Park to see the Yard Goats play. It was a great first time experience and tons of action for the fam.

The bobblehead itself is very cool. Tons of flashy colors, a detailed sponsor emblem and a very sturdy structure to it. Alot of people don’t know who the Yard Goats are but their mascot is cool as shit. If you need one let me know. Especially, if your a mascot or a minor league bobble collector. 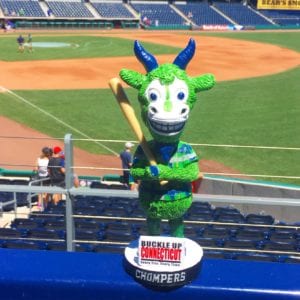 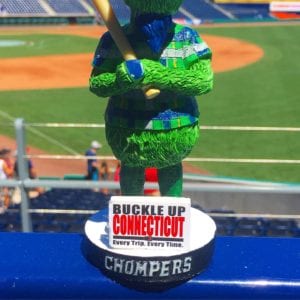 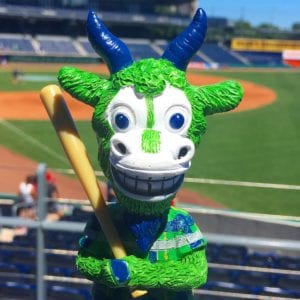 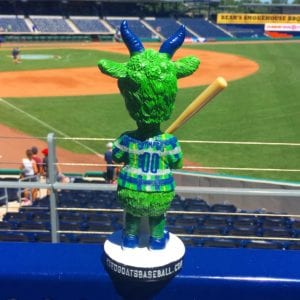 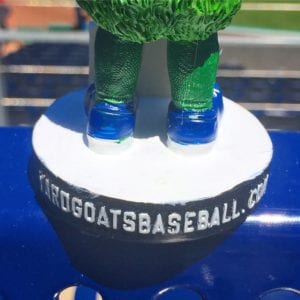 Now on to the bigger games. Long week ahead so stay tuned! 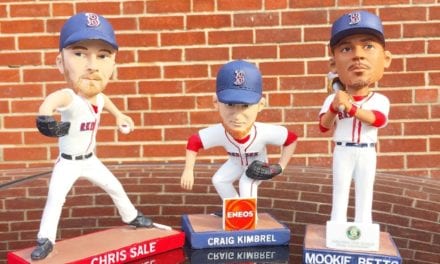 I’d rather my players who are on my team not make the All-Star team. 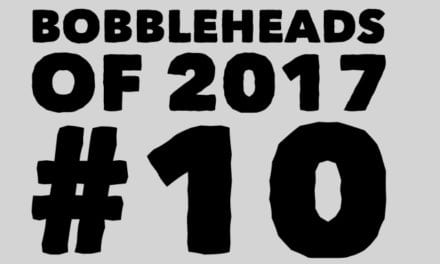 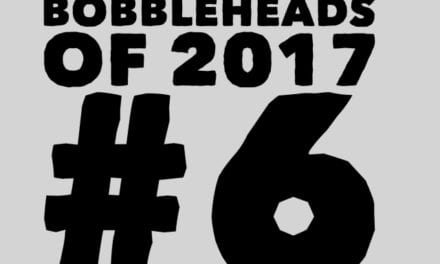 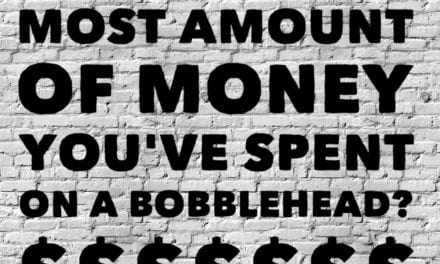