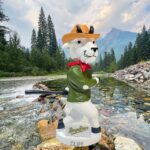 The recent boom of the show Yellowstone has attracted many eyes towards the state of Montana. With dramatic canyons, alpine rivers, lush forests and hot springs, what’s their not to like about such a beautiful place? The average tourist wouldn’t even realize that there’s a baseball team until 2022. The Glacier Range Riders are an independent baseball team of the Pioneer League, an MLB Partner League, who began play in 22. They are located in Kalispell, Montana and play their home games at Flathead Field. Through much discussion within the state, the team name was settled on the Range Riders, particularly named for nearby Glacier National Park, established in 1910. The name Range Rider has deep regional roots not known to outsiders. These defenders of the wilderness protected and preserved the area from poachers, wildfires, and timber thieves.  Their rough-and-tumble role and characteristic toughness influenced the creation of the Range Rider mascot, a mountain goat which can be found roaming throughout the higher elevations of Glacier National Park, and at Flathead Field!

I recently obtained their official mascot bobblehead named Cliff (There’s also a 2nd mascot named Huck) as chosen by the fans. Manufactured by Promotional Adventures, Cliff displays his red wild rag around his neck while in a hitting action pose. His sharp horns point out from his off-brown cowboy hat to deter potential timber thieves away throughout the mountains. Of course a homerun bobblehead isn’t complete without raised letters as Cliff’s name is front and center on the circular base. 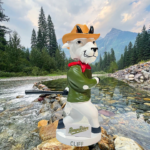 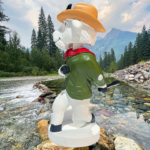 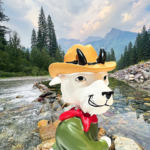 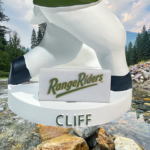 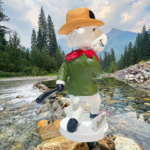 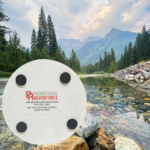 I love this bobblehead and anyone who loves the show Yellowstone should have an immediate connection to not only to the Range Riders baseball team but as a bobblehead collector. Cliff would be a great addition to anyone’s collection to display.