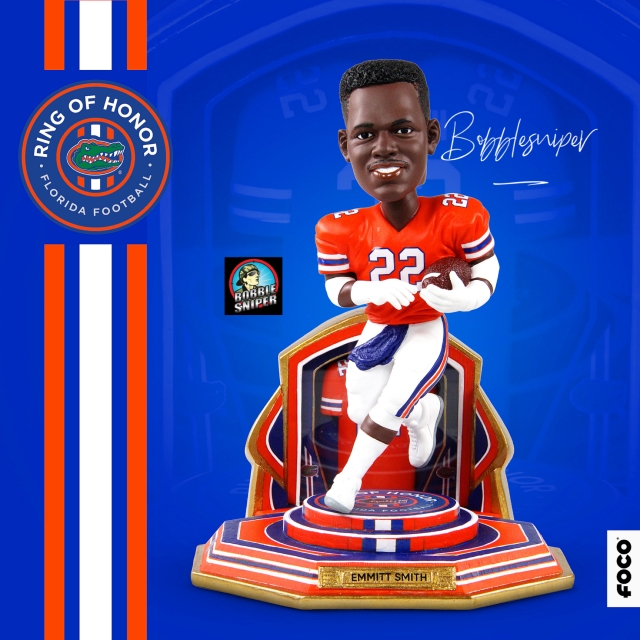 The Gator Football Ring of Honor is Florida’s alternative to retiring a player’s number and pays homage to the greatest former coaches and players. Ultimately, it’s a ring displayed on the North End-zone façade of Ben Hill Griffen Stadium, displaying the names of the players and coaches who have contributed to the Gators Football team. It was created in 2006 in commemoration of 100 years of Florida Football and was unveiled before the kickoff of the Alabama game that season. To date, only 4 men have made it the distinguished Ring of Honor and Emmitt Smith is one.

Emmitt Smith broke all kinds of record at Florida and FOCO is paying tribute to one of the greatest running backs in College and NFL history. Smith is in an action pose ready to take the pigskin up the middle with his bright orange Gator jersey on. He’s standing on a raised platform with two replica rings underneath him to show how special it is to be enshrined in the Ring of Honor. His #22 jersey sits in a sealed framed case behind him surrounded by an all-gold border. 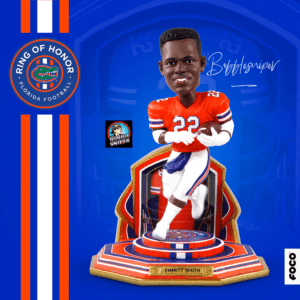 This exclusive bobblehead has a cost of $50.00 and an expected delivery date of no later than November 25th of 2020. Click link below to purchase and use code sniper10 at checkout! 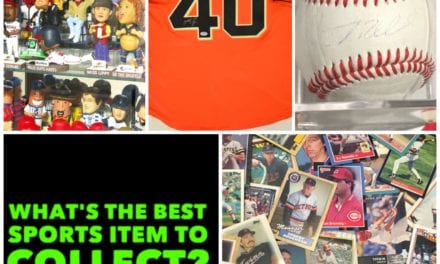 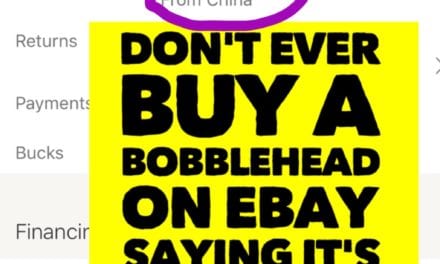 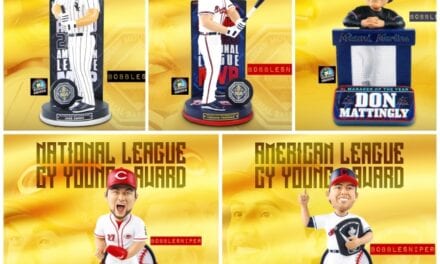 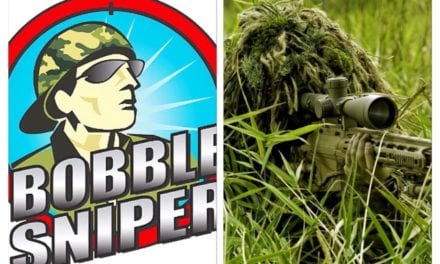