The Last Dance documentary on the Chicago Bulls is a legendary TV series of exclusive film that has never been seen before. The amount of insight on how many championships the Bulls won and the trials and tribulations they went through, is first class entertainment. FOCO came out with a first series of bobbleheads that included Scottie Pippen, Dennis Rodman, John Paxson, Horace Grant, Bill Cartwright and BJ Armstrong. Today, our friends at FOCO added 4 more pieces to the puzzle that contributed to 3 of the Bull’s championships.

The players who are added to this series include the following; Luc Longley, Ron Harper, Steve Kerr and Toni Kukoc. Each player is in an action pose and the 3 championship trophies they won sit snug on top of the base. 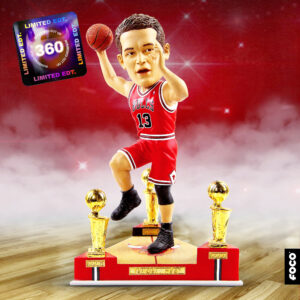 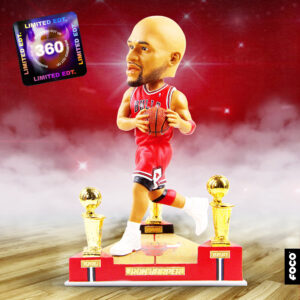 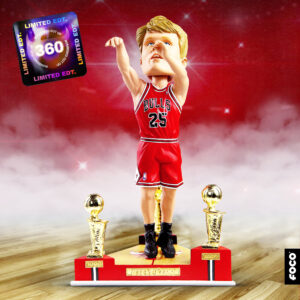 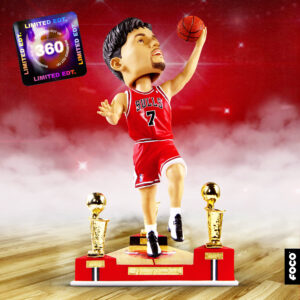 These new items are currently on pre-order and hold a price tag of $50.00 with an expected delivery of no later than August of 2021. Only #360 are being manufactured so click link below to complete the Last Dance Chicago Bulls bobblehead set.