Am I alone on this? Exit velocity…who gives a shit 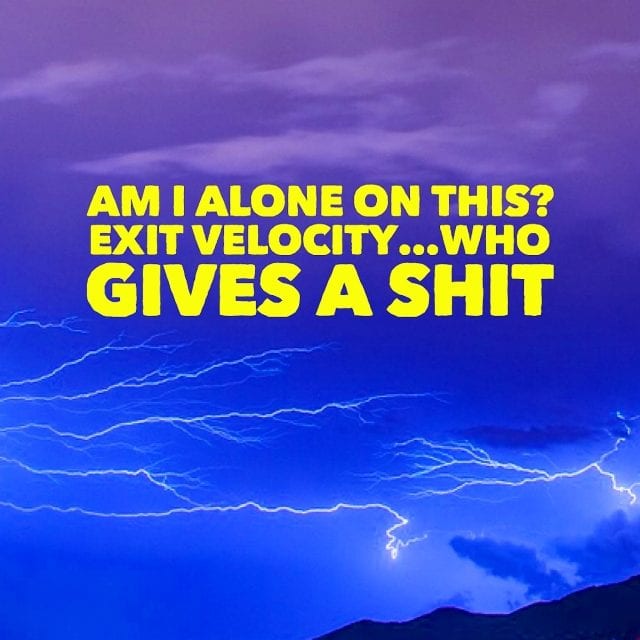 The past 2 year ESPN talks a lot about “Exit Velocity” on television when someone hits a homerun.  We all know that exit velocity measures the speed of the ball as it comes off the bat, but does it really matter how fast a baseball leaves the ballpark? Who gives a shit how hard a ball is hit. If you get the right pitch and slam the shit out of it, ya it’s gonna go out fast.

ESPN loves using these analitical terms since it’s 2018 and given the fact that the station has gone down the shitter the past 6 years, they need to talk about something “new age”.

For example, Aaron Judge hits a missile and all the announcers get a huge chubby on how fast the ball came off his bat. Big fucking deal. ESPN also thinks they are sooooo intelligent too. Do you know how to calculate “exit velocity”?  The computer geeks have devices that measures how fast the baseball is hit from the bat until it lands. That’s probably where all the big bucks are going from ESPN to find out the exit velocity of a fucking HR.

It’s a really stupid term to get the average fan a boner regarding how fast a ball is hit. Bottom line, a hit is a hit and a Homerun is a Homerun. Once a year the National Spelling Bee airs on ESPN, so does a contestant get rated on a how fast an expressive response is when spelling a word? No. So who really gives a shit when Arod or Jessica on Sunday Night Baseball asks “Hey, what was the velo on that hit?”

In the grand scheme of things, it doesn’t mean dick and ESPN is desperately trying to reach the attention of their audience. It’s pathetic and it’s not working. 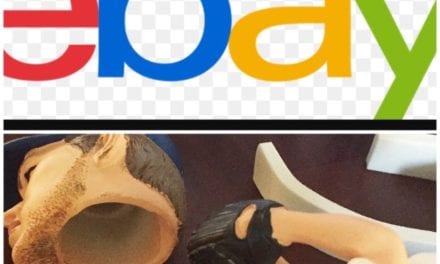 Ebay is good for only one thing. Protection! 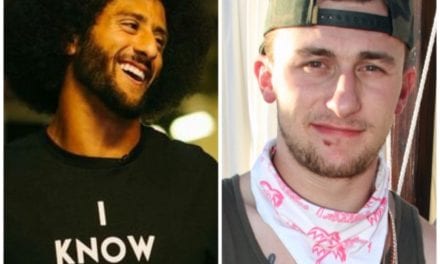 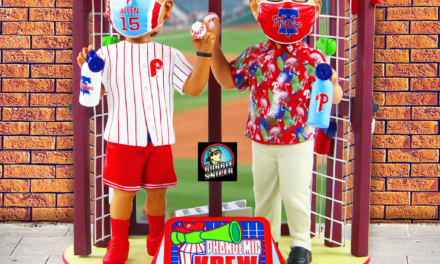 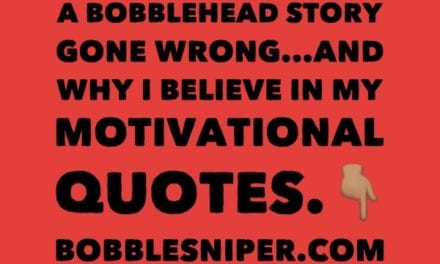