Riley B. King, better known as B.B. King still remains the King of Blues. He has defined the blues for a worldwide audience since he started recording in the 1940s and has released over fifty albums, many of them classics. He was born September 16, 1925, on a plantation in Itta Bena, Mississippi, near Indianola. In his youth, he played on street corners for dimes, and would sometimes play in as many as four towns a night. In 1947, he hitchhiked to Memphis, TN, to pursue his music career. Memphis was where every important musician of the South gravitated, and which supported a large musical community where every style of African American music could be found.

Just recently, I came upon 2 prototype bobbleheads of B.B. King manufactured by Alexander Global Promotions. Both have B.B. sitting on a stool playing a guitar as he’s smiling at the crowd. He’s in a sleek tan suit with and brown shoes as B.B. was always dressed head to toe in high fashion. 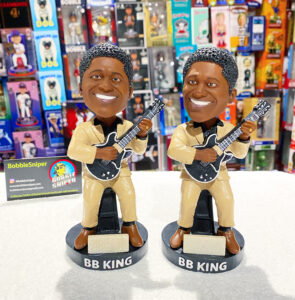 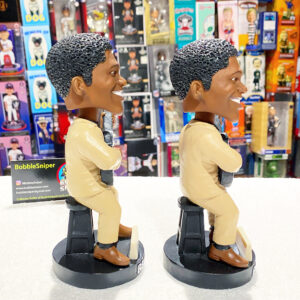 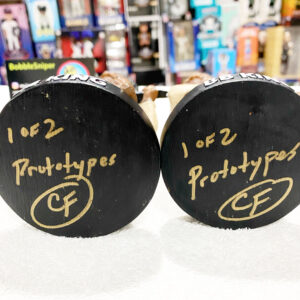 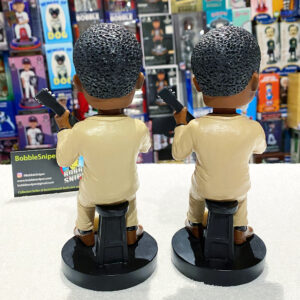 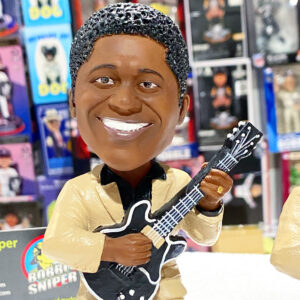 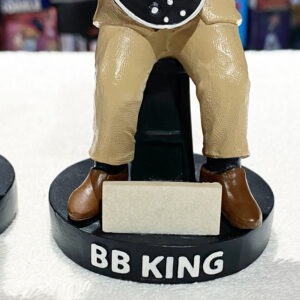 To date, it remains a mystery to who these prototype bobbleheads were manufactured for, whether it was a sports team or King’s production crew. Only time will tell as the King of Blues’ 2 prototype items are great story pieces.