The 2016 NBA draft wasn’t as deep as many other draft classes we’ve seen throughout the years. Ben Simmons, Brandon Ingram, Jamal Murray and Jaylen Brown were the most noticeable players to get selected in the first few picks. The Lakers had the 2nd pick after the 76ers and had a strong feeling that Simmons would land right in their lap. There was much discussion about Simmons’ skill set as he was labeled a 6’10” phenom who handles the ball and passes like a point guard, can barrel his way toward the rim anytime he wants and creates mismatches all over the floor, both in the half court and transition.

Our friends at Alexander Global Promotions decided to pitch a potential contract with the Lakers promotional department as AGP had a very STRONG feeling LA would draft Simmons. They proceeded to manufacture a one-of-a kind Ben Simmons Lakers bobblehead, but as soon as the 76ers drafted the LSU standout, the bobblehead idea never came to fruition. They never sent the bobblehead to the Lakers front office and here it is.

It’s the only Ben Simmons Laker bobblehead in existence as seen on the bottom of the base that reads 1/1 original prototype. It’s extremely well made as Simmons is in an action pose holding a basketball in his Lakers jersey. Simmons is wearing number #25 and on the back portion of the base reads #2 Pick 2016.

Considering Simmons’ struggles as a 76er, maybe in hindsight it was best he never put on an LA Laker uni, but this one of a kind bobble sure tells a good story of what could have been. 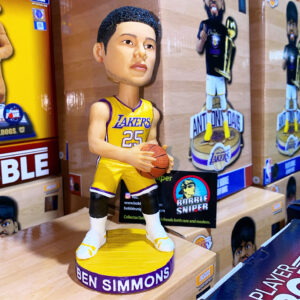 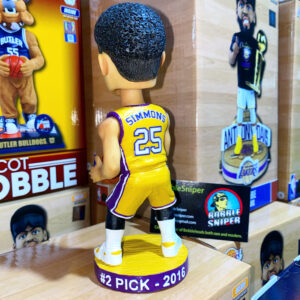 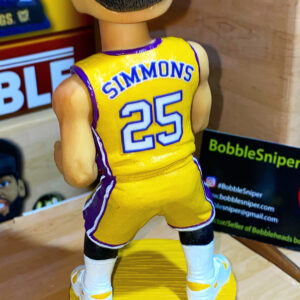 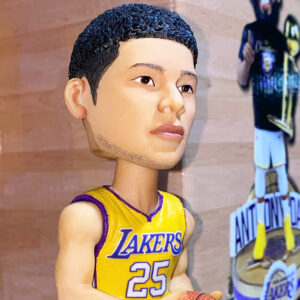 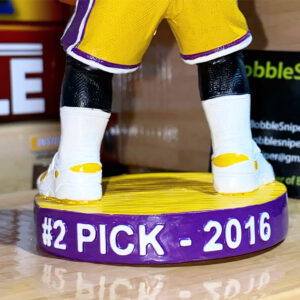 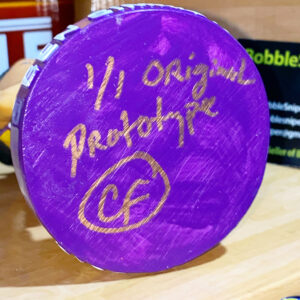