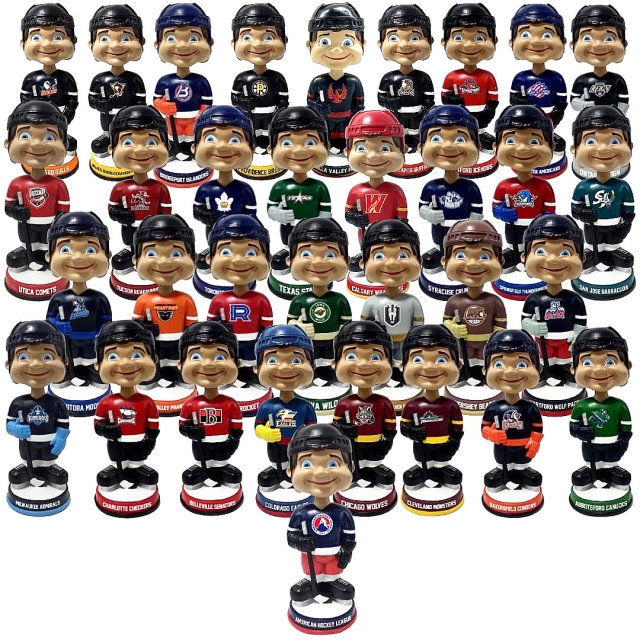 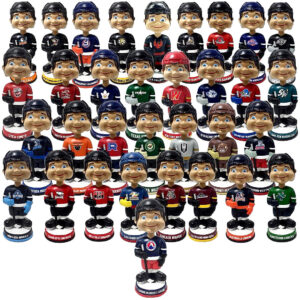 Standing on a circular ice-like base bearing the team’s name, each bobblehead is suited up in his team’s colors and holding a hockey stick. Each bobblehead is individually numbered to 500, and they are only available through the National Bobblehead Hall of Fame and Museum’s Online Store. The bobbleheads, which are expected to ship in November, are $30 each plus a flat-rate shipping charge of $8 per order. A set of all 32 is $900.

The American Hockey League was founded in 1936 after a merger between the Canadian-American Hockey League and the International Hockey League. At the end of the 1936-37 season, a modified three-round playoff format was devised and a new championship trophy, the Calder Cup, was established. The Calder Cup, named for Frank Calder, the first president of the National Hockey League, remains the AHL’s playoff championship trophy. The AHL serves as the primary developmental league for the NHL. Since the 2010-11 season, every team in the league has an affiliation agreement with a team in the NHL. Of the current 31 AHL teams, 26 are based in the United States with five in Canada. The Hershey Bears, the affiliate of the Washington Capitals, have won the most AHL titles with 11. A 32nd team, the Coachella Valley Firebirds, an affiliate of the Seattle Kraken, will begin play in the 2022-23 season.

“We’re excited to release this collection of vintage bobbleheads featuring all 32 teams in the American Hockey League,” National Bobblehead Hall of Fame and Museum co-founder and CEO Phil Sklar said. “With so many passionate hockey fans in North America, we are sure that these bobbleheads will be very popular.” 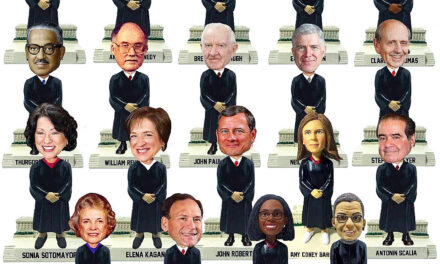 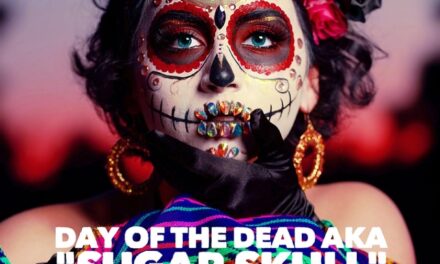 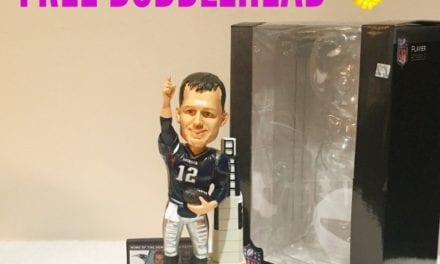 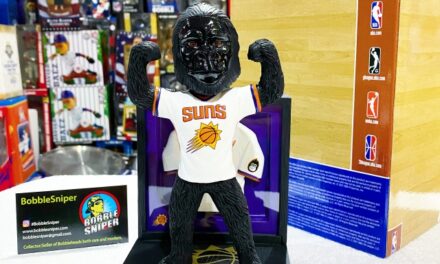